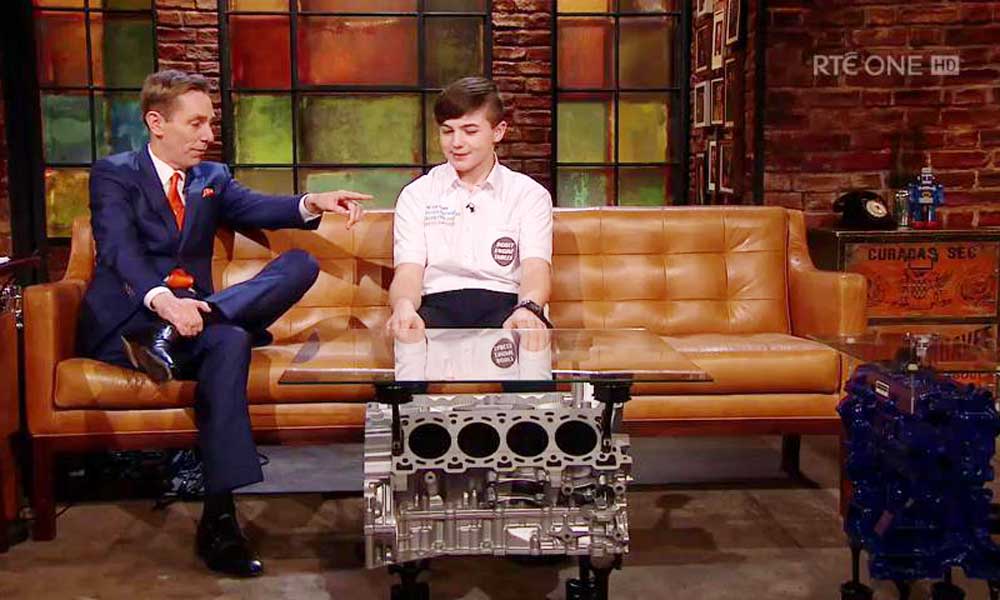 109
SHARES
ShareTweetSubscribe to our Newsletter

15 year old Wicklow Student, Cillian Scott, was thrust into the media spotlight this week after a guest appearance on The Late Late show on Friday night last as part of a feature on Enterprise Entrepreneurs.

The youngest to feature on the Programme, Cillian converts old car engines into attractive coffee tables. The Coffee table is similar to the one which features on popular BBC motor show “Top Gear” although Cillian says his inspiration came from looking on You Tube where he first saw the idea before deciding to try it himself.  The engine tables are custom made and the prices range from €150-€1000 depending on what kind of engine is desired i.e. Nissan or V12.

Cillian said he sources his equipment from a number of garages in Dublin, Cork and Northern Ireland.

With the orders flooding in – “Hundreds of people like my Facebook pages and I’ve lots of sources” – Cillian has managed to slash his production by over 50pc to just two days.

The business, set up in October, is Cillian’s entry in the Student Enterprise Programme co-ordinated by the Local Enterprise Offices which involves 22,000 students from 620 secondary schools across the country. Cillian will represent Colaiste Cill Mhantain in the intermediate category at the Wicklow County Finals of the Student Enterprise Programme which will take place on the 28th March in Wicklow Country Campus. The best projects presented to judges on the day will be selected to represent Wicklow at the National finals in Croke Park in May.

Sheelagh Daly of the Local Enterprise Offices said: “There are now almost 1000 students participating in the Student Enterprise Programme in County Wicklow. The programme enables students to explore the world of business, starting in the classroom. The standard of entries in Wicklow is extremely high which is a credit to principals and teachers in schools across the county.”

The strong entrepreneurial culture which exists amongst the youth in Wicklow is evidenced by the success of Wicklow at the National Student Enterprise Awards with Luke Byrne, a student of Colaiste Craobh Abhann currently holding the title of Senior Category Winner for his invention of a silicone band to keep earphones tangle-free. 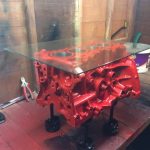 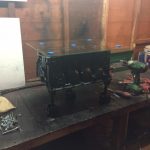 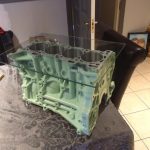