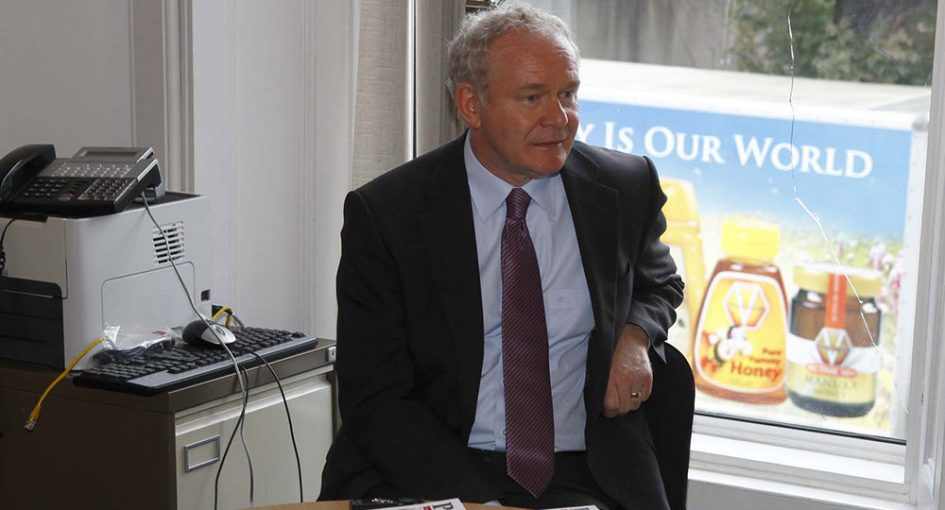 Martin McGuinness during his interview at the Wicklow Times office in Bray (Pic.Michael Kelly) 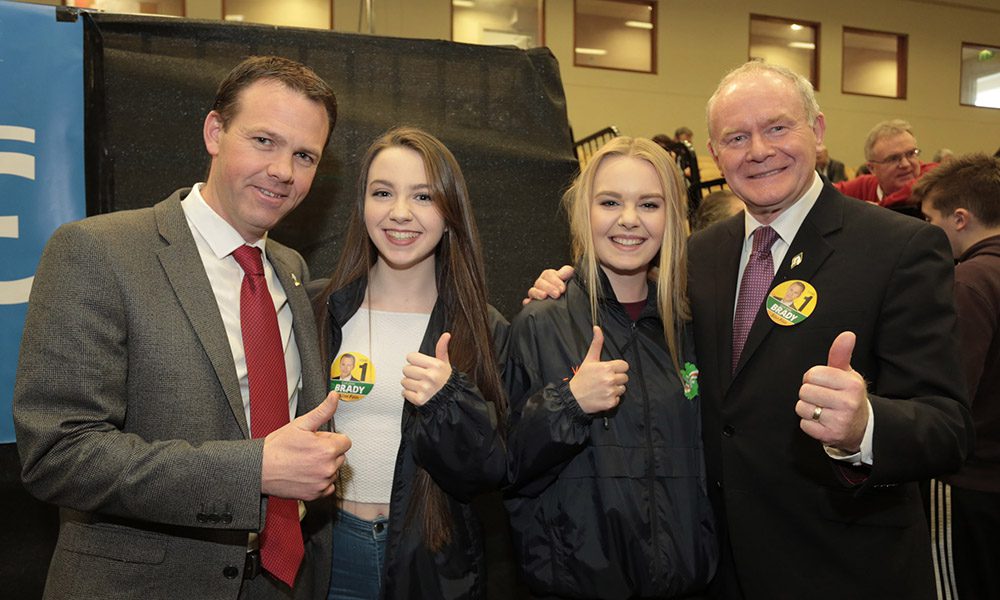 A thumbs up for John Brady from his daughters Siobhradh and Megan with Martin McGuinness, who dropped into the Shoreline Leisure Centre in Greystones to show his support for the Wicklow Sinn Fein candidate (Pic.Michael Kelly)

It is understood he had been suffering from a rare heart condition.

Mr McGuinness, 66, died early this morning at Derry’s Altnagelvin Hospital with his family by his bedside.

“It is with deep regret and sadness that we have learned of the death of our friend and comrade Martin McGuinness who passed away in Derry during the night.

“Martin led republicanism from the front for decades, striving for reunification and promoting peace and reconciliation and a genuine commitment to equality and respect.

“Martin was no stranger to Wicklow and we shared many canvasses throughout the County for many different elections down through the years. Indeed, in the Presidential election of 2011 he secured thousands of votes from right across Wicklow.

“Martin had a personal fondness for Wicklow and in some of our many conversations; we spoke about Republican history in Wicklow, the men and women of 1798, remembering people like Michael Dwyer, Sam McAllister and Ann Devlin. Only last year, he travelled down to the count centre in Greystones to celebrate my election victory.

“On behalf of republicans everywhere we extend our condolences to Bernie, Fiachra, Emmet, Fionnuala and Grainne, grandchildren and the extended McGuinness family.