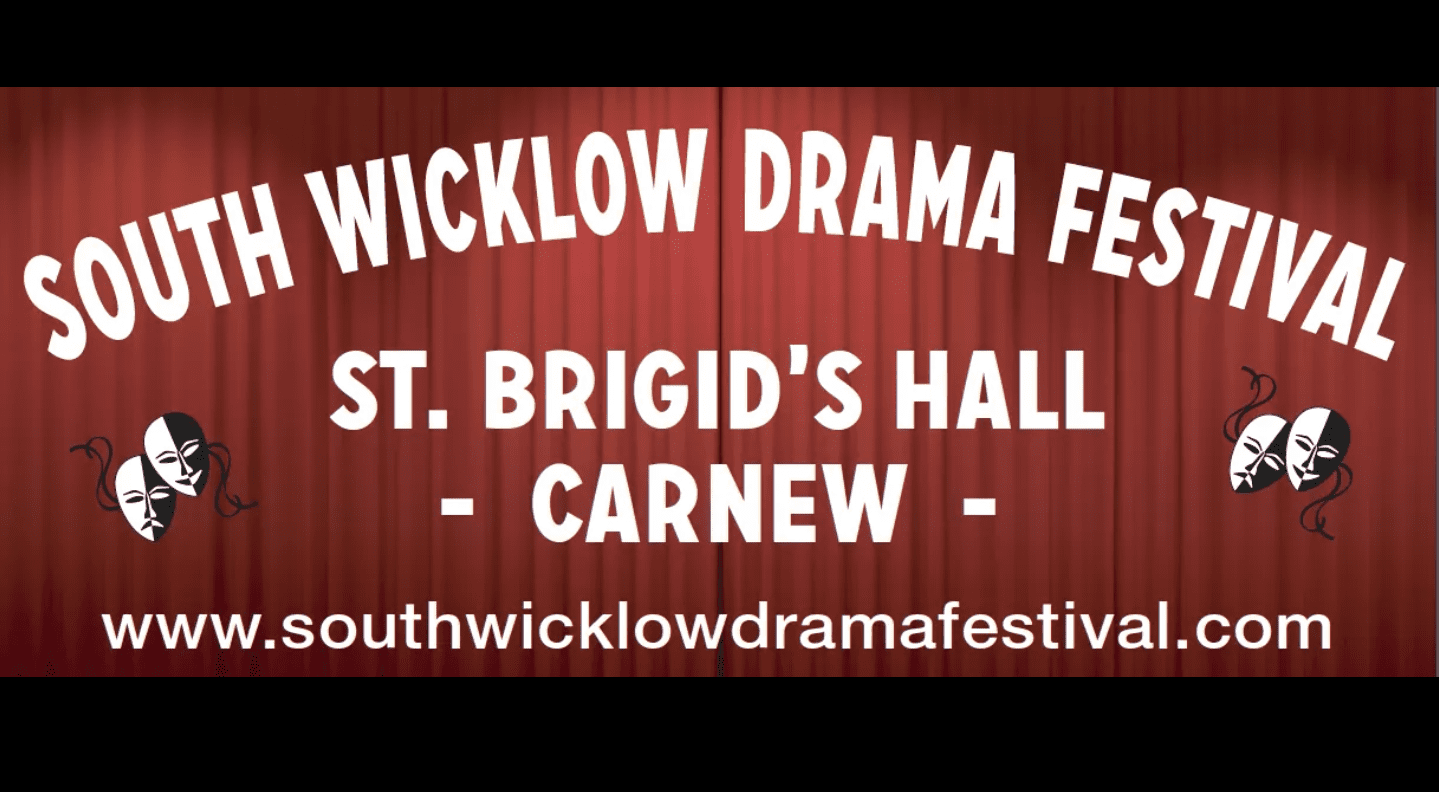 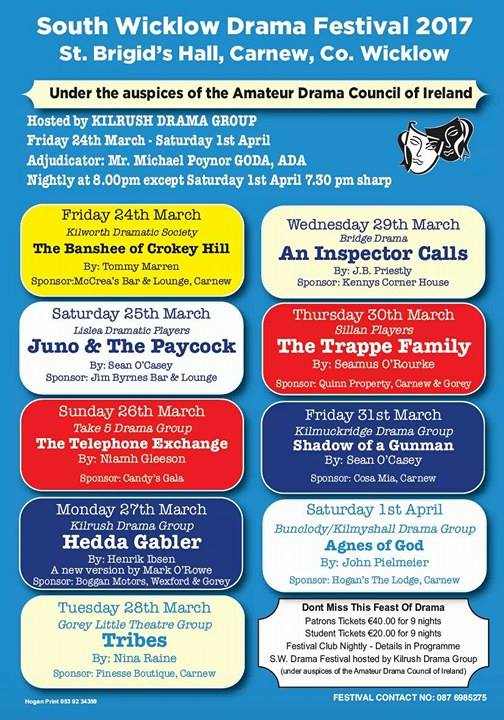 The South Wicklow Drama Festival will open in St. Brigid’s Hall, Carnew on Friday next the 24th of March and will run to Saturday the 1st of April, 2017.

The shows will start at 8pm each night with the exception of Saturday 1st April when it begins at 7.30pm.

Once again the Festival promises a wonderful and varied line up of plays with Drama Groups from Counties Wexford, Cork, Armagh and Cavan.

Local Audiences will also have a chance to see the local group, Kilrush Drama Group perform their production of Hedda Gabbler in the Festival. Michael Poynor is the Adjudicator for the 2017 Festival. Michael is an experienced adjudicator who is a member of the Association of Drama Adjudicators in Ireland.

Patron Tickets for the Festival will be available on the door on the first night of the Festival for just €40.00 to cover all nine nights.