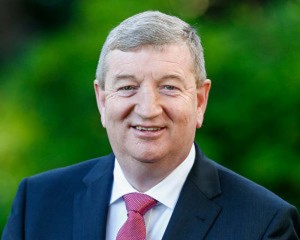 “It is with deep sadness that I heard of the death of Eamon Casey former Bishop of Kerry and Galway at the age of 90. He died in Carrigoran nursing home in Clare after being ill for some time.

Our family loved Eamon. ‘Uncle Eamon’ as he was known to us, was as jovial and as caring a man to his family, as he was to the many people he served in his public ministry as a priest and bishop.

Eamon Casey was a man whose heart belonged to the West of Ireland. Born in Kerry, raised in Limerick, Uncle Eamon was devoted to his Catholic ministry and to the people of his parishes and subsequently his dioceses. Uncle Eamon worked hard in trying to achieve social justice for many causes close to his Christian belief such as the plight of Irish emigrants, the courage of the Dunnes workers protest against apartheid South Africa and the people of San Salvador who suffered brutal oppression from their Government.

As a family we are also acutely aware of the controversies in Uncle Eamon’s life. He has passed from this life during the Christian season of Lent which considers such themes as sacrifice, atonement and reconciliation.

I would like to praise and thank the staff in Carrigoran Nursing Home in Clare that looked after Uncle Eamon during these past years. I also want to acknowledge the people of the Diocese of Galway, Kilmacduagh and Kilfenora who will be honouring Uncle Eamon by participating in his funeral and burial in Galway Cathedral.