A Co. Wicklow skier has returned to a hero’s welcome, following her phenomenal success at the Special Olympics World Winter Games in Austria.

Lorraine Whelan (36) from Delgany, Co. Wicklow claimed a gold and a silver medal on the slopes of Schladming, having competed in Giant Slalom and Slalom events across a week of intensive training, assessment and competition.

Lorraine and the rest of Team Ireland were greeted with a heroes’ welcome at their official homecoming at Dublin airport last Saturday (25th March). Fans celebrated as 26 athletes from both floorball and alpine skiing returned with a medal haul of two gold, three silver, three bronze and ribbons for fourth and fifth places.

Speaking at the homecoming, Team Ireland Head Ski Coach, Jill Sloan summed up her immense pride: “Words can’t describe it – it was absolutely amazing, and the results – we just didn’t dream of them. The snow wasn’t in our favour but our skiers just did so well; we are just so proud.

Lorraine was really, really good. She said she was going for it, and she really did. Especially when she got the gold medal in the Slalom, we just couldn’t believe it.

The homecoming we received was just incredible – when we walked out and saw all of the people, we just couldn’t believe it – it’s great. I’ve just cried since I got off the flight.”

Team Ireland’s two floorball squads also celebrated a week of top class action on their return, with fourth and fifth place ribbons. Team Ireland were competing in floorball at a Special Olympics World Winter Games for just the second time.

Speaking in the Arrivals Hall, Team Ireland Head of Delegation Karen Coventry said it has been a proud week for Irish sport: “This group of athletes went to a World Games with 2,600 athletes from 105 nations and absolutely gave it their all. Every single floorballer and alpine skier has come home a better athlete than when they left and they have earned memories that will last them a lifetime. Their performances and the support was exactly what you would expect at international level.”

Special Olympics Ireland CEO Matt English remarked that Team Ireland’s achievements were only possible with the support of volunteers, supporters and sponsors both at home and abroad:

“A huge amount of work and resources go into competing at this level and planning for Austria 2017. Huge thanks must go firstly to the coaches and volunteers who were part of our 38 person delegation, but there were a further 90 volunteers who raised funds to come out and be part of this experience.

The great news is that the journey for athletes doesn’t end here.  All over Ireland the training and competition continues week in and week out, thanks to the support of local clubs, coaches, volunteers, sponsors and supporters.

You can play your part to support more athletes like Lorraine by getting involved in our Collection Day on May 5th.

Whether it’s rattling a bucket for a couple of hours on the day or making whatever contribution you can, we’re hoping Wicklow comes out in force again this year”. 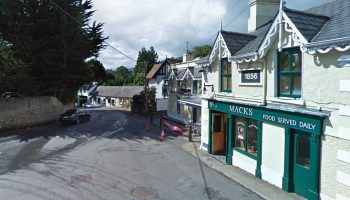