3k
SHARES
ShareTweetSubscribe to our Newsletter

A Wicklow family are facing a battle to raise €250,000 after two of their children were diagnosed with a rare genetic disorder.

Leslie and Lynda Martin from Rathnew were told by doctors in December their two-year-old boy Cathal had Metachromatic Leukodystrophy.

Unfortunately the condition,which affects the nervous system, was diagnosed too late in Cathal and his condition is now terminal.

However, the family are coming to terms with the fact their second son Ciaran was last month also diagnosed with the condition.

But because his condition is at an earlier stage he does have the possibility of taking part in a trial being run in Italy which has shown to delay the onset of symptoms.

If Ciaran,1 does not undergo this treatment he will definitely not survive. The treatment has had a positive outcome on six of nine similarly aged children treated in the past.

Ciaran is still expected to suffer some damage ie potentially won’t be able to walk but it could save his life.

The treatment while partially funded will take six months and require around the clock nursing care.

The family are planning to do two 12 hour shifts each day seven days a week and rotate out and back between Ireland and Italy.

Over this time it is unclear whether Cathal will survive.

Last night Cathal and Ciaran’s dad Les said: Our lives have recently been turn up-side-down by the devastating news that both of our sons Ciaran and Cathal, have late-infantile Metachromatic Leukodystrophy (MLD)- a rare, genetic illness with no known cure.

‘Our son Cathal was born a perfectly healthy boy in May 2014 and was reaching all his milestones like any other little child. We first noticed a problem when Cathal was having problems walking.

‘After multiple trips to the doctor and Tallaght Hospital Cathal was diagnosed with MLD in December last year. He is now almost three years old. As a result of this illness, Cathal has gone from a fully healthy 18 month old child to almost completely paralyzed within a year and a half.

‘He sits in a customised fully supported chair provided by Enable Ireland. Cathal’s muscles are so weak that he cannot feed himself, chew or swallow and from a week ago he is fed through a nasogastric (NG) tube.

‘The rate of deterioration for Cathal has been terrifyingly fast and he will lose what little is left of his ability to move and speak very soon.

‘As we were slowly coming to terms with Cathal’s diagnosis we had Ciaran, Cathal’s baby brother, tested for the same condition. On 28 February doctors told us the heart-breaking news that Ciaran too has MLD.

‘Unlike Cathal, Ciaran has not yet displayed any symptoms of the condition. Tallaght Hospital arranged for Ciaran to be tested for eligibility to take part in a clinical trial in Milan. On 7th March (Ciaran’s 1st birthday), we flew with him to Milan.

‘Ciaran underwent a battery of tests and is eligible for The Gene Therapy Clinical Trial. This has given us a ray of hope in what has been a very dark time for our family.

‘As Cathal is already displaying significant symptoms of MLD he is not eligible for the trial.’

The treatment in Milan includes a 6 month process of bone marrow transplants, genetic engineering, chemotherapy, and a 2 month recovery phase in full isolation.

The family’s idonate page can be found HERE 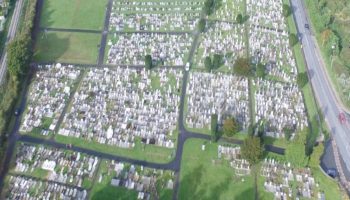