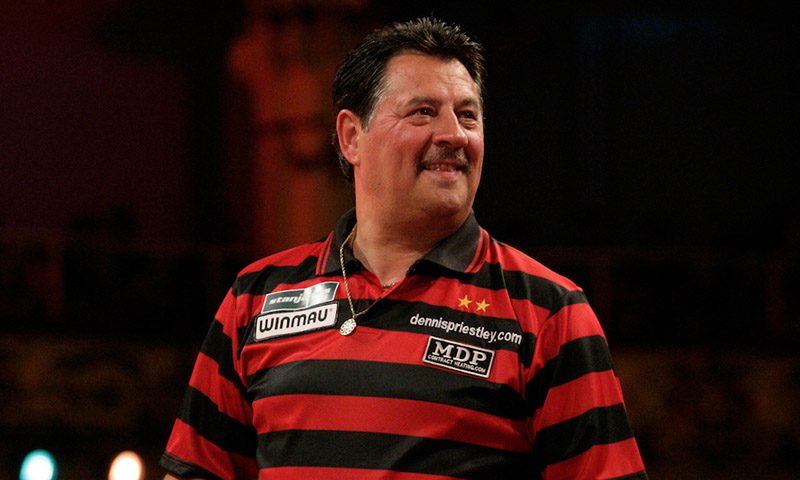 Priestley is a founding member of the World Darts Council, which became the Professional Darts Council (PDC) following the split with the BDO in the late 90’s.

He is also the first player to ever win the PDC and BDO world championships and pushed Phil Taylor close in several major finals when Taylor was at the peak of his powers.

20 throwers will take on the Menace and the action kicks of at 8 pm in the Gallery.