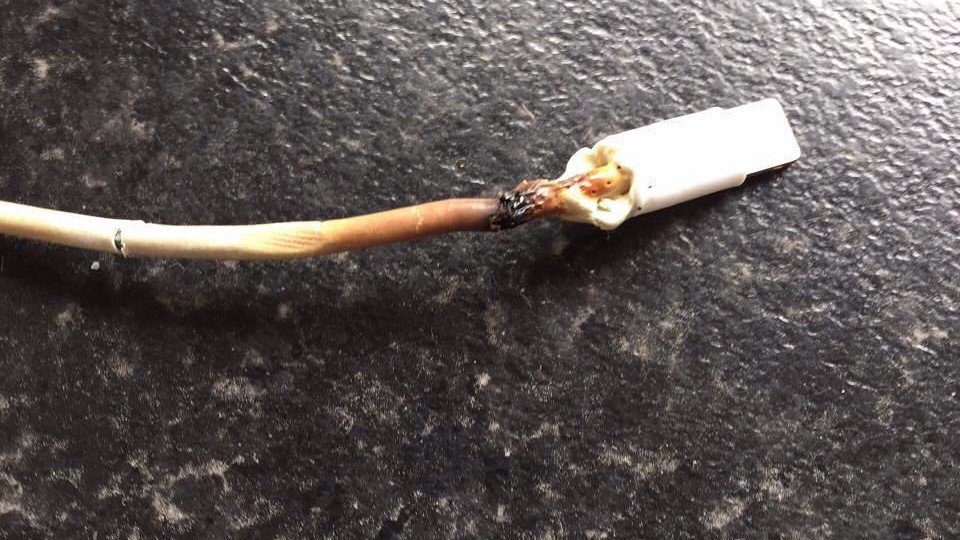 198
SHARES
ShareTweetSubscribe to our Newsletter

Dublin Fire Brigade are warning mobile phone users to only charge their phones with genuine chargers after a user had a lucky escape on Sunday night.

The user had left their phone on charge over night with a non-branded cable and woke the following morning to find the cable charred and twisted.

In a warning on their Twitter account, DFB warned people to only use genuine chargers and not to leave mobile phones or other devices on charge over night.

The user of this spurious charger had a lucky escape. Found the cable in this state after charging a phone over night. Only genuine cables. pic.twitter.com/8xWeyf089e

The warnings come following the death Grace McDermot who lost her life in a tragic house fire in Limerick over the May bank holiday.

While investigations into that fire are ongoing, it is understood that it may have started as a result of an electrical fault with a phone charger.