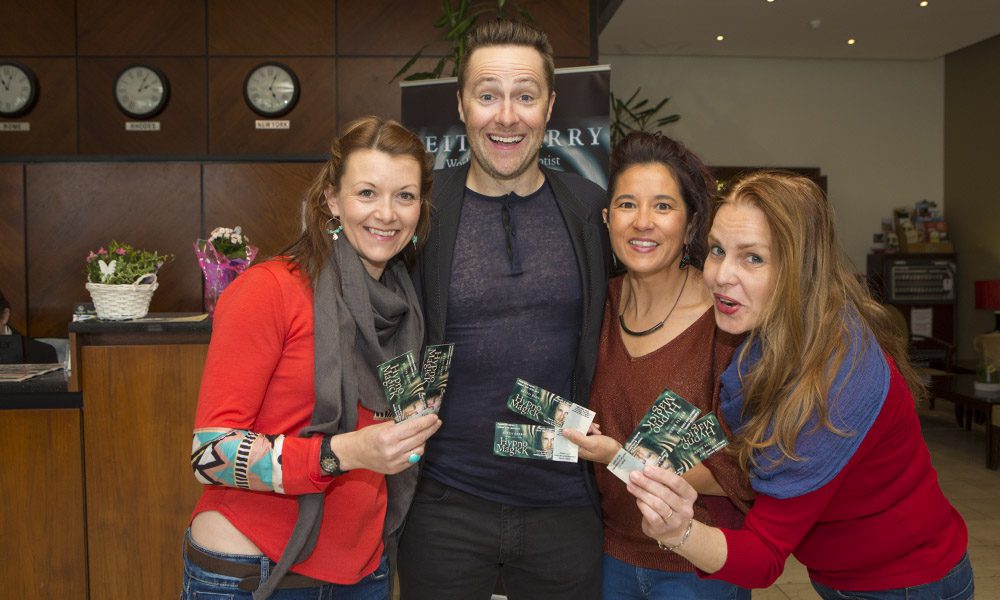 World-renowned performer, TV Hypnotist, Mentalist and Brain Hacker, Keith Barry has since December, brought his new live show ‘Hypnomagick’ to sell-out audiences all across Ireland. The show is one of Keith’s most successful tours to date and much to the delight of his loyal fan base, extra nationwide dates have been added to the tour including his only Wicklow appearance at the The Parkview Hotel in Newtownmountkennedy on May 19th.

‘Hypnomagick’ is Keith’s craziest and most hypnotic show to date, which sees him inviting over 50 people on stage to be hypnotized!

Keith will openly invite the skeptics on stage to participate and imagine the shock on their faces when he makes the whole audience disappear right in front of their very eyes.  The only question is – will you be brave enough to join Keith on stage or will you try to stay safe in the comfort of your seat?

Performing to over 1,000,000 people over his 22-year career to date, Keith has starred in over 40 international TV shows becoming a household name in the UK with his most recent being a huge hit in the UK with his primetime ITV1 show “You’re Back in the Room’’. Keith has appeared many times on “The Ellen DeGeneres Show”, “The Jimmy Kimmel” show, “The Conan O’Brien Show” along with having his own US TV series “Deception with Keith Barry” for the Discovery Channel.

In the world of feature films, Keith’s rare gift saw him return as the Chief Magic and Mentalist Consultant for the Lionsgate blockbuster “Now You See Me – The Second Act” which is the sequel to the huge box office hit “Now You See Me”
The Summit Entertainment action heist movie grossed over $360m and like the sequel stars Woody Harrelson, Morgan Freeman, Jesse Eisenberg, Mark Ruffalo and Michael Caine. Keith worked extensively with Woody Harrelson for both movies, in which Woody plays a mentalist.

Tickets for ‘Keith Barry – Hypnomagick’ are priced at €30 and are on sale now via Ticketmaster and at the hotel reception, Everest Music in Bray and Track One in Wicklow.  The show starts at 8pm sharp.