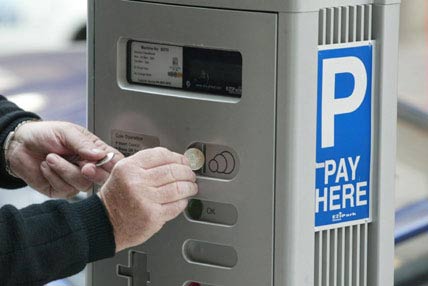 Sinn Fein Councillor for Greystones Nicola Lawless has welcomed the adoption of new parking by- laws by Wicklow County Council.

Speaking after the meeting Cllr Lawless said “The engagement of residents in the Greystones Municipal District area during the submission period was extremely helpful and I am pleased to say that it appears we have been successful in meeting their requirements.”

“The big issue for Greystones was the proposed charge for the Park and Ride. Sinn Fein strongly opposed this from the outset as it would have cost approximately €500 per annum for local commuters who already pay substantial Dart fares into Dublin compared to other commuters living further along the line. If this charge had have been adopted it would have been another disincentive for people to use our already expensive public transport service.”

“I am also pleased that there is now an official 15-minute grace period, this gives people the chance to quickly run an errand without penalty. Hopefully this will encourage people to come into the town. The new times for some of the pay and display zones in Greystones have been changed from a 9am start to 10am Monday to Saturday, again this adjustment allows greater flexibility for early morning visitors to the town. The zones C, D, E have remained the same for Greystones with pay and display times set at 12pm to 6pm Monday to Saturday.”

“The 15-minute grace period will apply across the whole of the county while the new 10am to 6pm pay and display times will just be in Greystones, Wicklow and Arklow – the current arrangements for Bray will remain as is.”