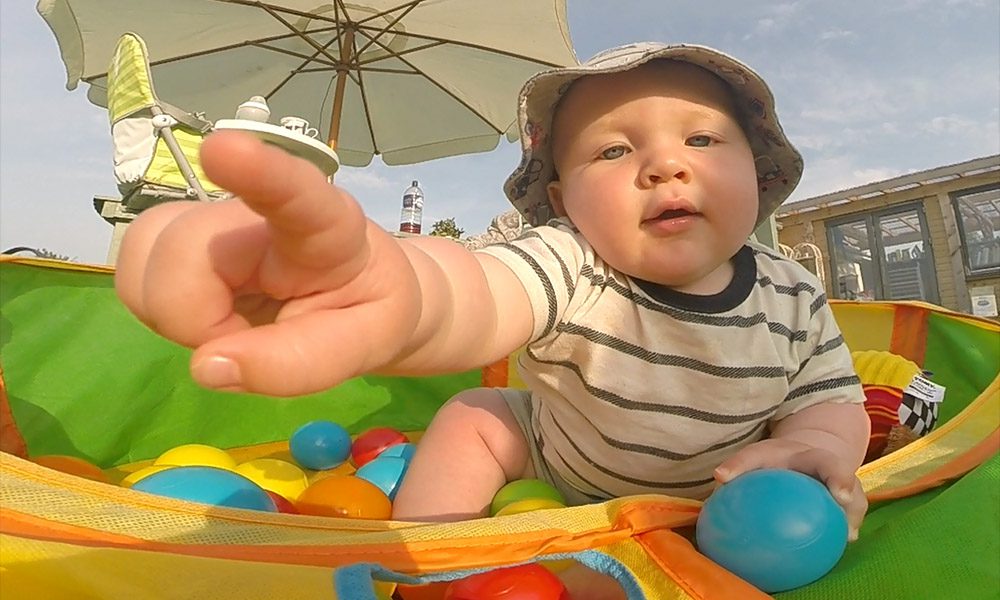 Parents are being warned to be extra vigilant with children out in the sun as the hot spell continues, it was reported yesterday that three children were hospitalised in Dublin due to severe sunburn. While in a separate incident two children were admitted to Our Lady’s Hospital with what was described as illness related to the prolonged sunshine.

Tips while out in the sun with children

Pet owners are also being reminded not to leave pets in vehicles, gardai reported a number of incidents around the country over the last number of days, if you see a pet in a car report it to the gardai immediately.

The RNLI and Irish Water Safety are also warning sun worshipers to be careful when swimming, make sure to swim with a group and watch out for anyone who may be in difficulty.

One 25 year-old man has been a victim of the hot weather after he drowned on Monday on Co.Tipperary.

Warm and mainly dry today with sunny spells and variable cloud. However, there is the risk of an isolated sharp shower breaking out later in the day. Highest temperatures will range from 18 to 22 degrees in Ulster, Connacht and along Irish Sea coastal fringes but reaching 23 to 26 degrees elsewhere. There will be a moderate east to northeast breeze.

Scattered sharp showers tonight with the risk of an isolated thunderstorm but most areas will hold dry. Warm and humid with overnight lows of 14 to 17 degrees. Gusty winds near any showers but winds will be generally light, variable in direction.
Tomorrow

Very warm and humid on Wednesday. There will be decent spells of hazy sunshine, but cloud will thicken across western counties later in the day and there is the risk of a few sharp showers breaking out. Top temperatures of 23 to 27 degrees generally but reaching 28 or 29 degrees in parts of Leinster. Light to moderate winds, mainly southerly in direction.