Wicklow RNLI inshore lifeboat was launched at 1.48pm last Saturday (24 June), after a member of the public had contacted the Coast Guard to report a wind surfer in difficulties off the Silver Stand beach, three miles south of Wicklow harbour.

The lifeboat with three crew was alongside the casualty seven minutes after launching. A local angling boat had also stood by the surfer until the lifeboat arrived. The person was taken onto the lifeboat and assessed. He did not require any medical assistance and was landed safely back on the Silver strand a short time later.

Speaking after the callout Wicklow RNLI lifeboat Helm Graham Fitzgerald said: ‘We located the wind surfer about half a mile offshore. He had left the beach earlier but the wind dropped and he was unable to get back ashore. We carried out a quick assessment and found he had no injuries, we brought him back to the Silver Strand beach.’

The crew on the callout were (Helm) Graham Fitzgerald, Vinne Mulvihill and Connie O Gara. 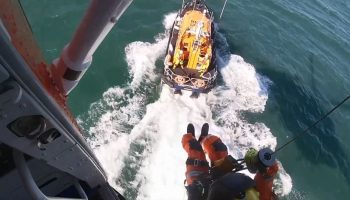 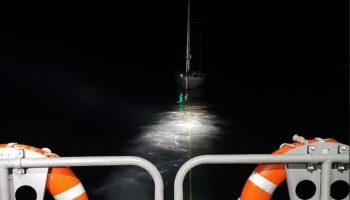