211
SHARES
ShareTweetSubscribe to our Newsletter 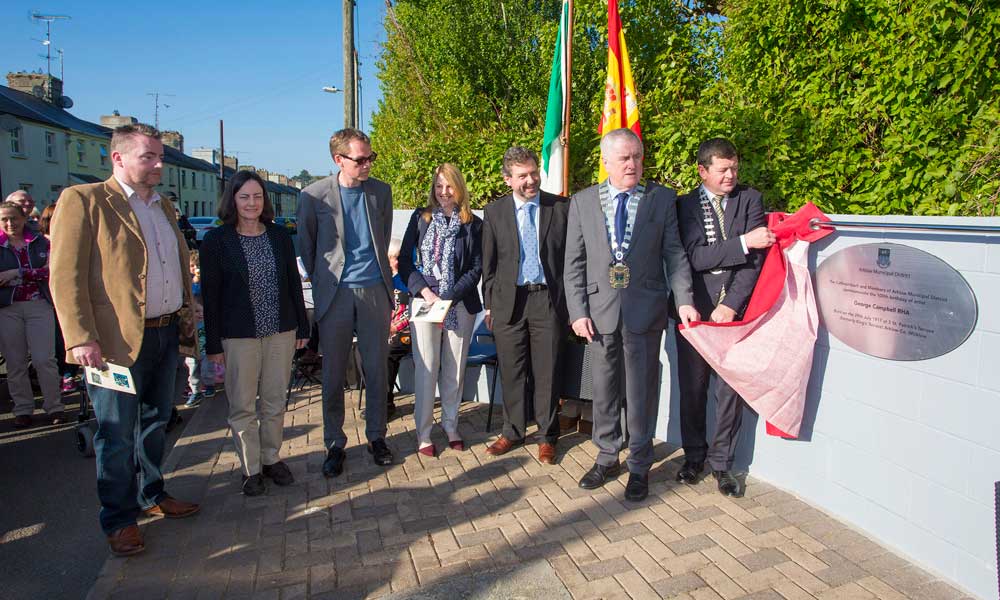 Arklow Municipal District has been shortlisted in the fourteenth annual Chambers Ireland Excellence in Local Government Awards for Commemorating the 100th birthday and birthplace of artist George Campbell RHA (1917 – 1979) under the Heritage and Built Environment category.

The Members of Arklow Municipal District, along with nieces and nephews of the Campbell family, commemorated the 100th birthday of artist and writer George Campbell RHA on the 10th May 2017 by unveiling a plaque at St Patrick’s Terrace, Arklow.    Born on the 29th July 1917, at 3, St Patrick’s Terrace (formerly King’s Terrace), Arklow, George was the son of Gretta Bowen and Matthew Campbell.  Though he grew up in Belfast, he spent much of his adult life living and painting in Spain.

The 2017 Excellence in Local Government Awards, sponsored by Vodafone in conjunction with the Department of Housing, Planning, Community and Local Government, are held to recognise and celebrate the outstanding work being carried out by Local Authorities all over Ireland.

In 2015 Arklow’s Duck Pond, Nature Walk and Leisure Area won the top award in the Excellence in Local Government Awards beating off competition from around the country, under the Parks and Recreations category.

Arklow has also being nominated for the Bank of Ireland’s National Enterprising Town Awards competition in the population category greater than 7,001.  This will be an opportunity for Arklow to highlight recent and forthcoming initiatives for the town.

The newly established Town Team will demonstrate the co-operation between the local authority, community, voluntary groups and the business section.  This follows on from the launch of the promotional video for Arklow Municipal District – Making a Difference. The video, which is available online, successfully brought a wide variety of community, business, hospitality and local authority interests together to promote Arklow for the benefit of all.

The Town Team has successfully initiated a number of projects with overwhelming community support, such as the installation of flower baskets and planters for the town and plans are underway to resurface the Main Street which will contribute to making the town more attractive and appealing to potential investors and visitors.

Commenting on the nominations, the Cathaoirleach of Arklow Municipal District, Cllr Tommy Annesley stated: “I am delighted that Arklow Municipal District, has been recognised nationally by these nominations and I would like to congratulate all involved.   It is recognition of the fact that so many people in the local authority and the community are delivering great work on a daily basis.”