Attacks on elderly must be severely punished 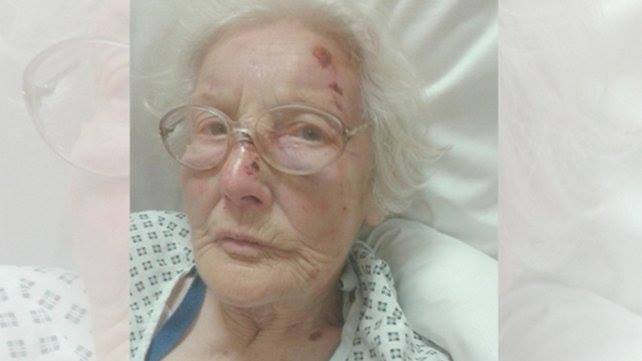 Eva Sutton was badly beaten during the burglary

– Communities must be vigilant and conscious of vulnerable older neighbours –

Fianna Fáil TD Pat Casey has said the attack on an 89 year old woman in Bray, highlights the need for a discussion on mandatory sentences for those who attack especially vulnerable people.

“Like any right thinking person, I was shocked and disgusted by this attack. There can be no toleration of these types of attack, and it’s clear that those who perpetrate them should feel the full rigours of the justice system. Similar attacks have occurred to older residents of rural South Wicklow and a crackdown is needed by the forces of the State on these evil crimes.”

“Garda resources in Wicklow remain low and I am very concerned that the numbers of gardai on the beat in the county is not enough to tackle the levels and seriousness of crime that is being experienced. Just before the Dáil recess I again raised the lack of new Gardai in Wicklow directly to the new Minister for Justice Charlie Flanagan and I will not stop until numbers are restored.”

“All of us must be extremely vigilant and conscious of elderly neighbours living on their own in our communities.

“There needs to be a discussion in this country about how we deal with people who engage in abhorrent and senseless attacks on vulnerable people, or indeed emergency service personnel.

“There can be no tolerance for such attacks, and our society should make it very clear to people who engage in such behaviour that they will face the full rigour of the legal system.

“Vulnerable older people should never be fearful about staying in their homes.

“This attack, and other similar attacks around the county, comes at a time when there is an €800,000 under-spend in the Senior Alert Scheme – a very important scheme in making older people feel more safe and secure in their homes by enabling them report intruders quickly to a local community help line.

“I am working closely with our party’s Spokesperson on Justice, Jim O’Callaghan to identify ways in which the legal system can act as a stronger deterrent to those considering attacking older people.

“Irish society must make a clear and unambiguous statement that attacking older people in such a heinous way will never be tolerated,” concluded Deputy Casey.