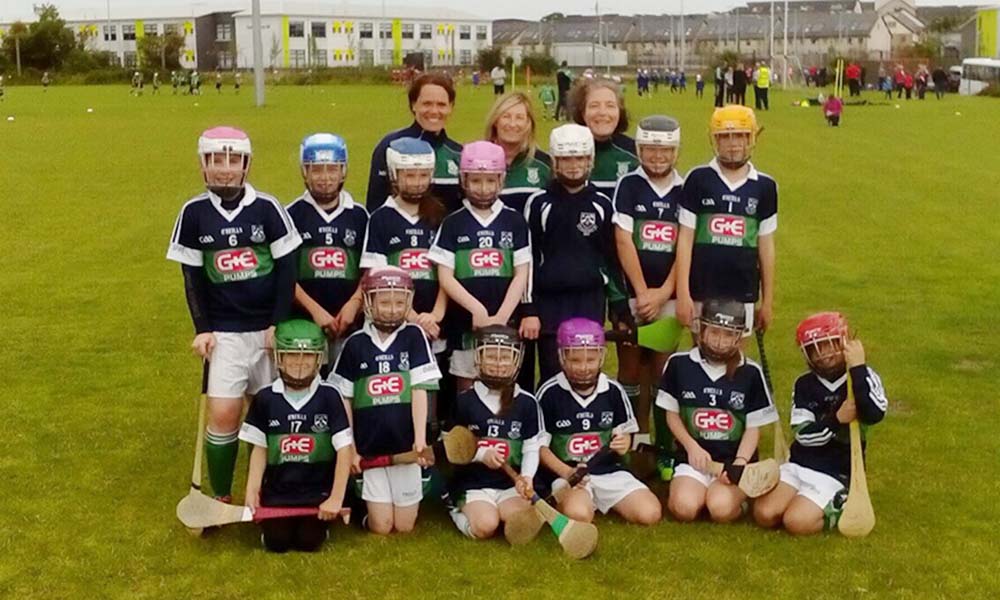 Congratulations to Maureen Healy who wins €25 in the Lucky

Best of luck to the Senior Hurlers and Footballers

Best of luck to the Senior Hurlers in their game against St Pats in Aughrim at 7.15 on Tuesday 22nd. All support for this fantastic team would be greatly appreciated.

Our Senior Footballers play Arklow Geraldines in the Championship on Saturday 26th at 5.00 pm in Ashford. Come along and support your club!

There are a handful of tickets left which will be on sale from Leonie at the 3G pitch on Tuesday 22nd between 7 and 7.30pm. First come, first served.

The U16 Camogie Team met Knockananna  on the 16th  in the first round of the Wicklow championship. This was a home game for Bray  but given the time of year , we had a number of girls away on holidays. We were very appreciative of the U14 girls who played with us and without whom we would have struggled to field.

The game got off to a cracking start with an excellent long range goal from Rachel Rice from a free. Knockananna piled on the pressure though and attacked the Bray goals frequently during the first half. The solid back line and the excellent goal keeping skills of Sara Davis kept them at bay however. Half time saw a score line of 2 goals and 2 points to nil. Of course , Bray had the wind in the first half and we all know that when you are playing Knockananna you can never say it’s over until the final whistle.

Play resumed after the break and Bray added a few more points to their tally and a cracking goal from Eleanor Carroll Hayes. Knockananna never gave up and they certainly were not going to leave without getting a few scores of their own. They scored a number of points from play and from frees and after a sustained attack on the Bray goal they eventually got one over the line.

Well done to the Bray girls for a fine team effort and on we go to the next round ! Tomás, Anne and Orlagh were very happy with all the girls performances.

We participated in a Super 10’s blitz on Ashbourne on Sunday morning 20th which was titled The Golden Ticket blitz because the reward for playing was that we got tickets for the whole team to go to the All Ireland Camogie final in Croke Park next month which will be between Killkenny & Cork.

We played five short matches against teams from Derry, Meath and Dublin which was a tough ask considering the low numbers we had. Two U9’s & an U8 helped us out and as usual our girls battled to the end despite the tiredness.

One of the last Wicklow blitzes of the Summer and we combined with our U9’s to put out three well balanced teams to take on the visitors in 9 matches. It was great to see the progress of the U9’s and the leadership of the U10 girls blend so well together. There were some cracking games played is a typically good spirit. Too many matches to highlight everyone but there were some great points from Aine, Goals from Melanie & Ruby, blocks from Clodagh but a fantastic long range point from Kimberly was a great way to cap a great mornings Camogie.