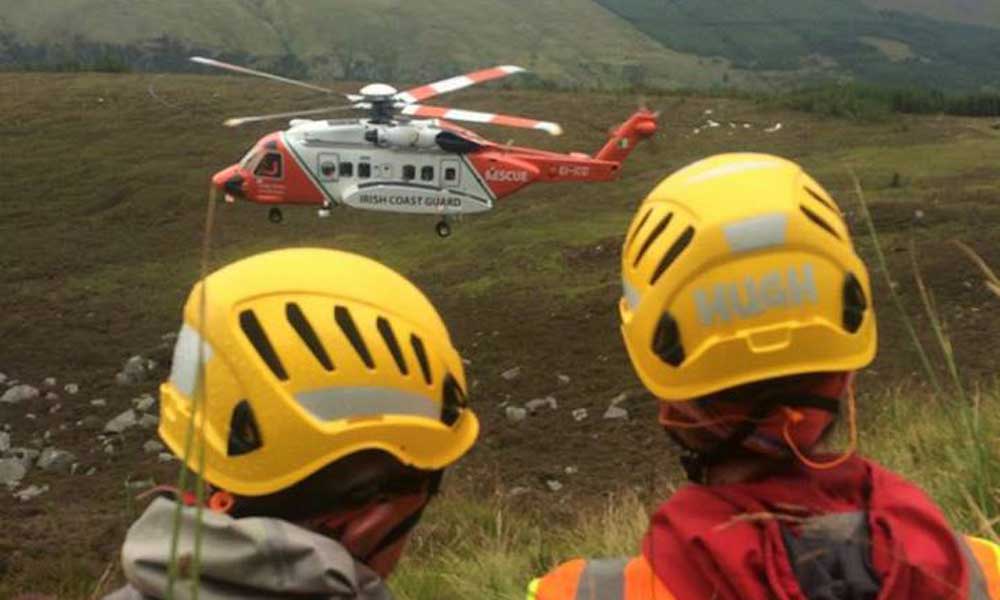 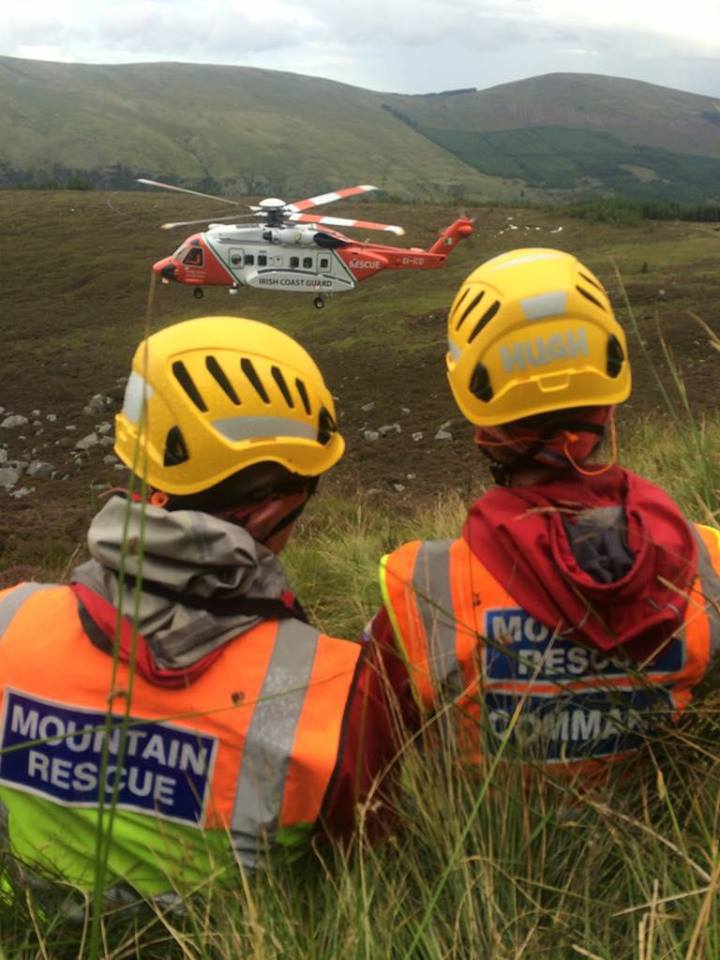 The Coastguard Helicopter at Art’s Lough, Glenmalure on Saturday

Starting at 8:10am the first of three call-outs commenced in Ballinastoe Woods.

A young male mountain biker was injured after falling from his bike and colliding with a boulder. He was assessed on scene by mountain rescue medics and stretchered to a waiting NAS ambulance for transport to hospital.

At 15:45pm the teams were called to the Art’s Lough area of Glenmalure, where a woman had taken a considerable fall while descending steep ground with friends. Given the difficult nature of the terrain and the woman’s injuries Mountain Rescue requested the assistance of the Coast Guard helicopter, which arrived on scene very quickly. The casualty was winched on board and flown to hospital.

Finally at 21:30pm the teams were requested by the NAS to assist an ambulance at Knocksink Wood Nature Reserve in the Enniskerry area. A man had taken a fall from a steep bank and had sustained injuries.

MR personnel were required to stretcher the casualty from the steep ground to a nearby track and the waiting ambulance.

This final call-out was stood down at 22:05pm almost fourteen hours after the first of the day started.

Well done all who responded and many thanks to the National Ambulance Service NAS and the Coast Guard.