126
SHARES
ShareTweetSubscribe to our Newsletter

One of the councillors at the centre of the Sinn Fein row in county Wicklow has called on Deputy John Brady to resign.

Councillor Gerry O’Neill said that Deputy Brady has ‘made a total mess of the party’ and said he needs to step aside.

The Blessington Councillor claimed that in the past two years in Wicklow more than 50 people had resigned from the party or let their membership lapse.

Councillors O Neill, John Snell and Oliver O’Brien have all criticised the way they have been treated since the last General election, when John Brady was elected and have been stripped of the party whip.

In a statement from Councillor O’Neill he said “John Brady has spent the last two months asking Cllr.John Snell,Cllr.Oliver O’Brien and myself to resign our Council seats. Maybe it’s time John Brady considered taking this course of action himself and resign his Dail seat.

Sinn Fein members worked hard throughout the county to get John Brady elected but since then there has been a complete control mechanism put in place and John Brady is at the centre of this.
For example the three main issues of dispute within the county;The farce of a election convention instead of a co option for Brady’s council seat. The appointment of Nicola Lawless without any consultation with other Councillors as leader of the Sinn Fein Group within the Council Chamber, and the rigging of last years Chomhairle Ceantair Officer Board agm. All this carry on has cost the Party over fifty resignations and a lot of discontent throughout the County.
The recent treatment of renowned and highly respected International Human Rights Activist,and Valleymount native Tara Reynor is also despicable.
Tara who was a member of Sinn Fein for many years and attended our recent appeals hearing  against the removal of the whip.Following that hearing which was held on the 26th of April she went to Geneva the following day and on her return 5 days later she had received a one line letter from Sinn Fein telling her that her recent application for renewal of her membership of the party had been rejected.
She had renewed her membership in January this year,no problem,but got this letter the first week of May. The real reason was because she attended this hearing with the 3 of us. It’s well known that this direction of denial of her membership by Head Office came from Wicklow.
As I have said in the past….unless your a nodding dog…there no point in joining Sinn Fein in Wicklow.
However John Brady’s performance on last weeks East Coast Morning Show was the final straw where he intentionally told blatant lies about Cllr.Snell,Cllr O’Brien and myself and this is unforgivable. There is no going back when someone stoops this low to try and discredit others and I would ask John Brady,for the sake of the party to resign his seat now.” 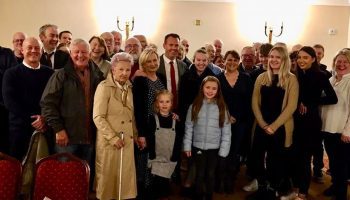 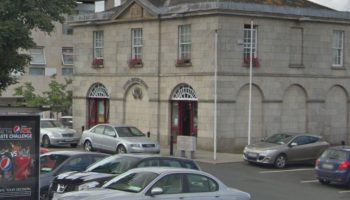 Blessington ring road must be completed-O’Neill