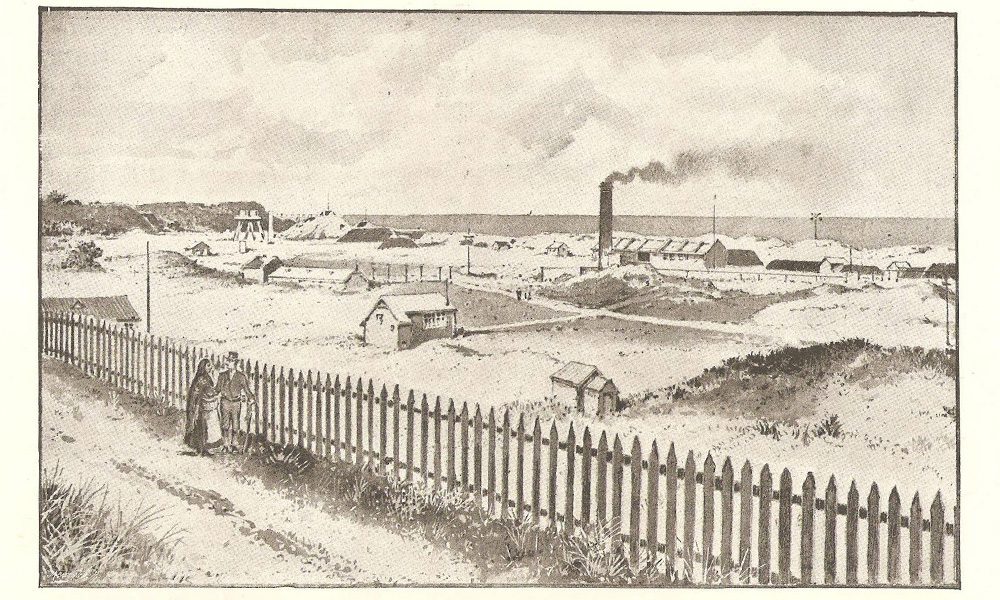 105
SHARES
ShareTweetSubscribe to our Newsletter

With the 100 year anniversary of the Kynoch Explosion approaching I will try and explain what is left for you to see around the site.
Nearly one hundred years since it was closed to production, there are very little remains of the Kynoch factory to see on the site of this once great works. This is not really all that surprising even though the place was dotted with large, medium and small sized buildings. The buildings that were used for the production of explosives were made of light timber and a special substance called Willesden paper to offer the least resistance in the event of an explosion taking place, these would be the first to go with the ravages of time. That is, if time got a chance to work on them.

The truth is most if not all the structures associated with the Kynoch factory whether on the North quay or all the way to Spion Kop were removed by the hand of man and not by Mother Nature.

When the company was sold in 1919 to Mr David Frame of Hammond lane foundry for the sum of £90.000, he had one thing on his mind and that was to recoup his investment, he put everything up for sale, as the saying goes from “a needle to an anchor” and that was the motto of Mr. Frame, people could buy a pair of gloves or one of the massive generators, if you had the money it was yours.

An example of this is the amount of sheds and out buildings in the back gardens of the older houses throughout Arklow that were built from the bricks from Kynoch’s factory not to mention the garden paths that are constructed from the same bricks.

The Ormonde dance hall was built from recycled bricks and other material all sold by Davy Frame. The old club house of Arklow lawn tennis club also originated from the Kynoch factory.

How many other buildings around Arklow I wonder have the origins there?

The Arklow Bay hotel started out as the factory hospital, it was sold by Mr. Frame to the Countess of Wicklow Memorial committee in 1920 for £930 and continued as a hospital until 1959.
The most prominent structure that remains on site, standing in the caravan park is the water tower. It was built during the First World War; at a time when Kynoch–Arklow was totally restructured due the efforts of the British Government to meet the demands of the front for ammunition.

There are several small tunnel shaped concrete structures in various places near the coastal path and in the caravan park, some covered with the banks that were put over them all those years ago. These banks were raised to the height of the eaves of the buildings inside of them to direct an explosion upwards and protect the neighbouring buildings from the effects of the blast.

Others are totally exposed now, and are magnets to little explorers. Contrary to local belief men did not push bogeys through the tunnels to get access to the building inside the mound, these tunnels were used to transmit power in the form of a drive shaft or heat from a series of pipes from the much smaller heater /power houses outside the mounds, the reason for this was to reduce the risk of explosion from an electrical spark generated by the electric motor that was used to power the fans for the heaters or drive the shaft that powered the machinery in the building .
There is one at the end of the path after the duck pond now totally exposed and broken. This tunnel has a story all of its own. This was the location of the first fatal explosion in 1895. At the time this tunnel would have been the connecting link through the protective mound from a drying house inside the mound to what was known as a heater house.

The explosion occurred only a few months after the factory opened. A man named Thomas Cullen was working here drying gun cotton which at the time was imported wet from the UK for use in the production of Cordite when the whole place exploded killing him instantly. The cause of this explosion still remains a mystery.

The next buildings I will mention is the lonely little sentry hut sitting in the field on the boundary of Seabank farm. From my research this is the where Private Richard Craig was based when the explosion of the 21/09/1917 costing the lives of 27 men occurred. In his evidence to the inquest he stated that he was on patrol duty at the back of Seabank house overlooking the scene of the disaster. This building is only a short distance from the site of the explosion. There are also the concrete bases that once held huge horizontal tanks at this part of the site, if you look closely two of the largest tunnels are located in this area.
There are many other bits of concrete some large and some small this includes the Lab magazine located opposite the coastguard station. This has my vote for the oldest surviving building it was used to store a sample of every explosive product made each day. These samples were later tested in the laboratory which was located just opposite this little building. Only the concrete footprint of the lab remains.

I will finish this potted guide to the remains with a mention to a very strong buttressed wall just inside the gate of the caravan park not far from the path that leads from the Arklow Bay Hotel. This wall once held the water tanks that kept the boilers fed with water to produce steam that was used in nearly every process in the whole place.
I have added a few pictures to try and help explain the buildings that are mentioned.

If you have a question on a building please ask or better still add a photo and I will do my best to explain it. I do not have all the answers but I will try my best.

A 100th anniversary commemoration concert “Remembering Kynoch’s” will be held at 8pm on Thursday the 21st of September in St. Mary’s and Peter’s Church in Arklow. 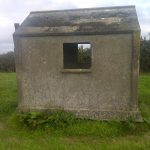 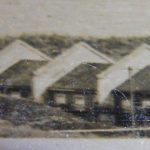 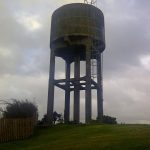 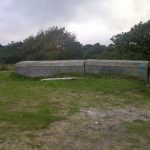 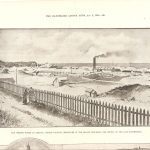 This sketch show the factory in its infancy the little building in the foreground was the Lab magazine where the samples of every explosive produced daily was stored prior to testing in the lab. this building is still standing. 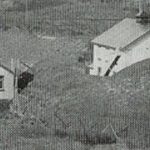 This photo shows a drying house and the little building that would supply the hot air via a connecting tunnel notice the height of the proctective mound surrounding it. 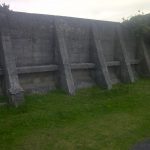 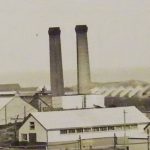 The water tanks can clearly be seen in this photo in front of the chimneys. 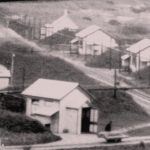 In these houses stick explosives were produced.they were built from light matchboard and were sold as sheds after the place closed down.