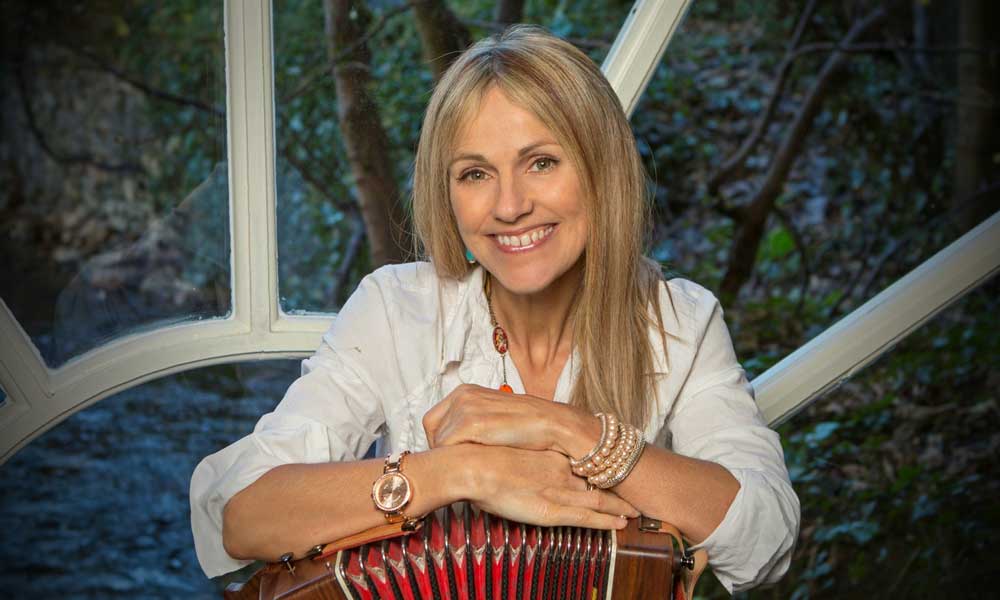 Owing to the recording of much of Sharon Shannon’s 10th studio album ‘Sacred Earth’ in County Wicklow, Track One Music Shop in Wicklow Town is at 2pm this Friday, welcoming Sharon to mark the occasion of the album’s release on vinyl with a special reception open to everyone.
Along with Peter Gabriel’s world renowned ‘Real World Studios’ in South West England, Sharon created much of this masterpiece in Newtownmountkennedy’s ‘Acoustik Studios’, often finding inspiration from the garden of Ireland’s unique landscapes and natural setting.

Sharon is in the midst of a busy touring schedule promoting the album, which along with her well known hits ‘The Galway Girl’ and ‘Blackbird,’ she will be performing at The National Concert Hall on August 17th.
While she is best known for her arrangements of traditional Irish tunes and Irish-influenced compositions, she has always been eager to explore new styles, and to meet and work with other musicians.

Showcasing her versatility on Sacred Earth, audiences will be intrigued to discover Sharon’s new material is cheerfully mixed in with often unexpected styles from around
the world, including-for the first time – Africa.

Sharon has perfectly mastered an African/Irish crossover. But Sacred Earth is more than this:musical elements from the classical world, the Shetland Fiddle Tradition, Hip Hop, country and blues all conspire to make this album a ground-breaker.

At Sharon’s National Concert Hall performance on August 17th, audiences should expect a sense of celebration to the live set, as Irish dance tunes interact with music from around the world.

The African-influenced material includes rousing instrumentals. Away from Africa, there are more interesting surprises that will be revealed on the night.
Tickets for ‘Sharon Shannon – in Concert ‘at the National Concert Hall are available from www.nch.ie and from the box office on 01 417 0000. The album “ Sacred Earth’ is available at all usual outlets.