Thursday 21st September, 2017, marked a special day in the history of Arklow as Arklow Music and Arts group remembered the events that took place 100 years ago to the day when 27 people from the Kynoch’s Factory were tragically killed in an explosion in the town.

In a very moving and fitting night of music, song, dance, drama and special tributes, Sts. Mary and Peter’s Church, Arklow, hosted a Remembering Kynoch’s Centenary Concert staged by Arklow Music and Arts Group. A special wreath commemorating the 27 people was placed at the foot of the alter at the commencement of the night, witnessed by a packed church.

Music from the period provided a great backcloth to the night with a “Kynoch’s Lament for the Lost”  specially composed and arranged by Christine Steel and accompanied by St. Mary’s College Orchestra followed by a tribute to Louis Armstrong “O When the Saints Go Marching In.”  Local Historians, Jim Rees, Michael Fitzgerald and Pat Power gave an insight into the history and legacy of Kynoch’s in Arklow alongside Kynoch Lodge resident Mrs. Kitty Brennan.

James Kearon recited the poem “Twenty Seven” written by Michael Fitzgerald especially for the night and was very well received. A re-enactment of the interview between Fr. James Dunphy, P.P. and Mr. Frank McPhail, for the Daily Independent newspaper, October, 1900, concerning the positive effects of the then recently established Kynoch Munitions factory was performed by Robert Donnelly and Frank Duffy. Karla Tracey, accompanied by John Bonner followed with “The White Cliffs of Dover” and “A Nightingale Sang In Berkeley Square” to huge applause.

Tenor, Antony Norton, accompanied by Yvonne Collier performed “Macushla” which was a real treat for all those present. Concluding the first part of the programme were The Breda O’Connor School of Irish Dance with The Frances Ryan School of Dance who performed “Slan Eireann Welkom Suid Afrika to the music Souareba, this was to symbolize the closure and subsequent transfer of the factory from Arklow to Umbogintwini in South Africa, a commissioned piece of dance by Paul Prichard in conjunction with both schools of dance.

Arklow Music and Arts Young Performers conducted by Jennifer Lee and accompanied by John Bonner and Tony Byrne performed “Circle of Life” including “Nants Ingomyama” proved to be one of the highlights of the night for this very talented group. East Coast Jazz then followed with “Bourbon Street Parade”, “Ice Cream You Scream we all scream for Ice Cream”, “So do I” and finished up with “Buona Sera”.  Finishing up the night of all this wonderful talent were: Naoimh Penston, Inver Ladies Choir and Anthony Norton accompanied by Arklow Silver Band brought people to a standing ovation for “Time to Say Goodbye”. M.C.s for the night were: Jim Furlong and Elaine Sweeney.

The wreath used on the night was placed on the grave of those who tragically lost their lives on the night the following by members of AMA and Michael Fitzgerald.

Arklow Music and Arts wish to extend a sincere gratitude to the following:  Fr. Michael Murtagh and Arklow Parish for the use of Sts. Mary and Peter’s Church, Arklow Parish Council and helpers, Jim Furlong and Elaine Sweeney M.C.s for the night and the front of house team. The many performers who gave of their time freely for this special concert, without whom this night would not have been made possible.

Blueprint Print & Design, Eugene Whelan, DVD Recording, BPB Clothing, Colm Kavanagh for the thousands of hours compiling and putting souvenir programme together, Peir Leonard (Solace Pottery Studios) and Dave Bardon (DB Designs) for bespoke prizes. Most sincerely to all the businesses who threw their full support behind Arklow Music & Arts group with their sponsorship and advertising in the programme – we are forever in your debt, and would ask that people would support these local businesses. To the people of Arklow and environs who supported the concert, thank you so much for your support – one day soon we hope we have a theatre we can call our own here in Arklow.

A commemorative DVD will be available shortly of the night. If you would like to receive a copy contact any committee member.

Thanks also to the hardworking AMA committee under Chairperson, Yvonne Kenny. 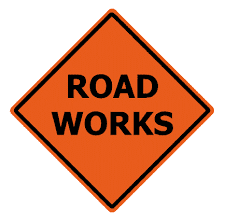