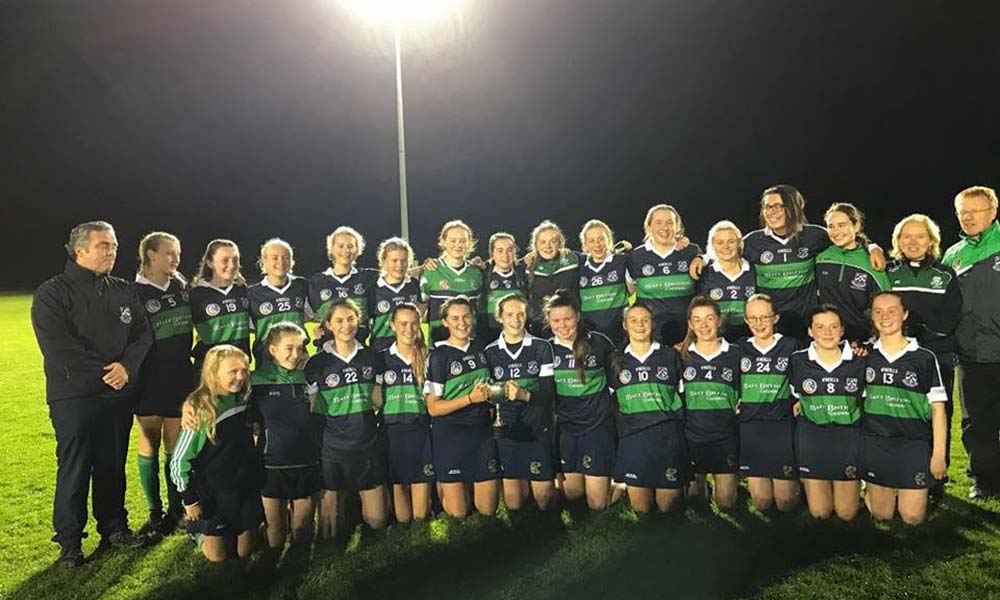 Congratulations to Richard Power who wins €25 in the Lucky Dip.

If you wish to have your club activities included in the notes please contact pro.brayemmets.wicklow@gaa.ie. Remember to include the event’s date, time and venue.

Best of luck to the U17 hurlers who play in the county semi-final on Monday 25th.

Well done to all who made Saaurday’s Kick Fada and Family fun day such a success. Congratulations to Joe and Mena Sheridan for winning their respective competitions.

Well done to the Senior Footballers who beat Coolkenno on Sunday in the Keating Cup on a score of 1-11 to 0-10. They are now two wins from two in this relegation group.

Congratulations to the U16 Camogie County Champions

Bray Emmets U16 Camogie Team met Donard the Glen in the A County Final in Ballinakill last Wednesday night . We expected this to be a tense affair as we had met Donard in the League on their home ground and we had drawn with them after a mighty battle on that occasion.

Sure, enough, Bray got off to a good start and twenty minutes in we were 1 goal and 4 points up while Donard had not put a score on the board yet at that point. They had not gone away of course and within a short few minutes they had scored two goals and a point.

So, at the break it was a drawn game. Strong words were said at half time and all returned with renewed vigour after the interval.   The teams were really so evenly matched but Bray may have had more firepower on the side line in terms of substitutes available.

After a hard fought second half Bray emerged as the winners with a final score of 2 goals 5 points to 2 goals 2 points. I would have to name the whole team and the substitutes if I was to name check players. Credit must go to all the girls and in particular to the Under 14s without whom we could not have made it to the Final. Many thanks also to Orlagh O Kane who was front and central at training and attended all the U16 matches during the year. Unfortunately , she could not be at the Final but she was most definitely with us in spirit.