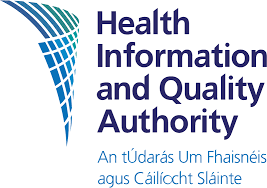 A Wicklow care centre for people with intellectual disabilities  has been criticised by the Health Information and Quality Authority after it found that they failed to properly investigate allegations that residents were harmed.

The watchdog found that some of the incidents at the centre were either not reported to the person in charge or were reported retrospectively.

The Centre, which is run by Sunbeam House in Greystones, looks after four women and one man at the five-bed house.

The concerns were raised after an unananounced inspection by HIQA in April, which was the second time the watchdog visited the facility since it opened last December.

According to RTE, the report issued found that the centre was seriously non-compliant in two areas inspected.

It was found that some staff members only reported an incident to the person in charge 17 days after the incident occurred.

It was also found that the allegations were  not appropriately investigated in accordance with Sunbeam House Services’ policy.

As a result, parents of residents and family members were not informed about the incidents.

Other concerns raised in the report include a claim by a newly-appointed employee that a residents care needs were intentionally ignored by a staff member in order to punish him.

Overall, the centre was found to have fully complied with just one of the 12 standards reviewed, substantially complied with another, complied moderately with eight and was seriously non-compliant in two areas.