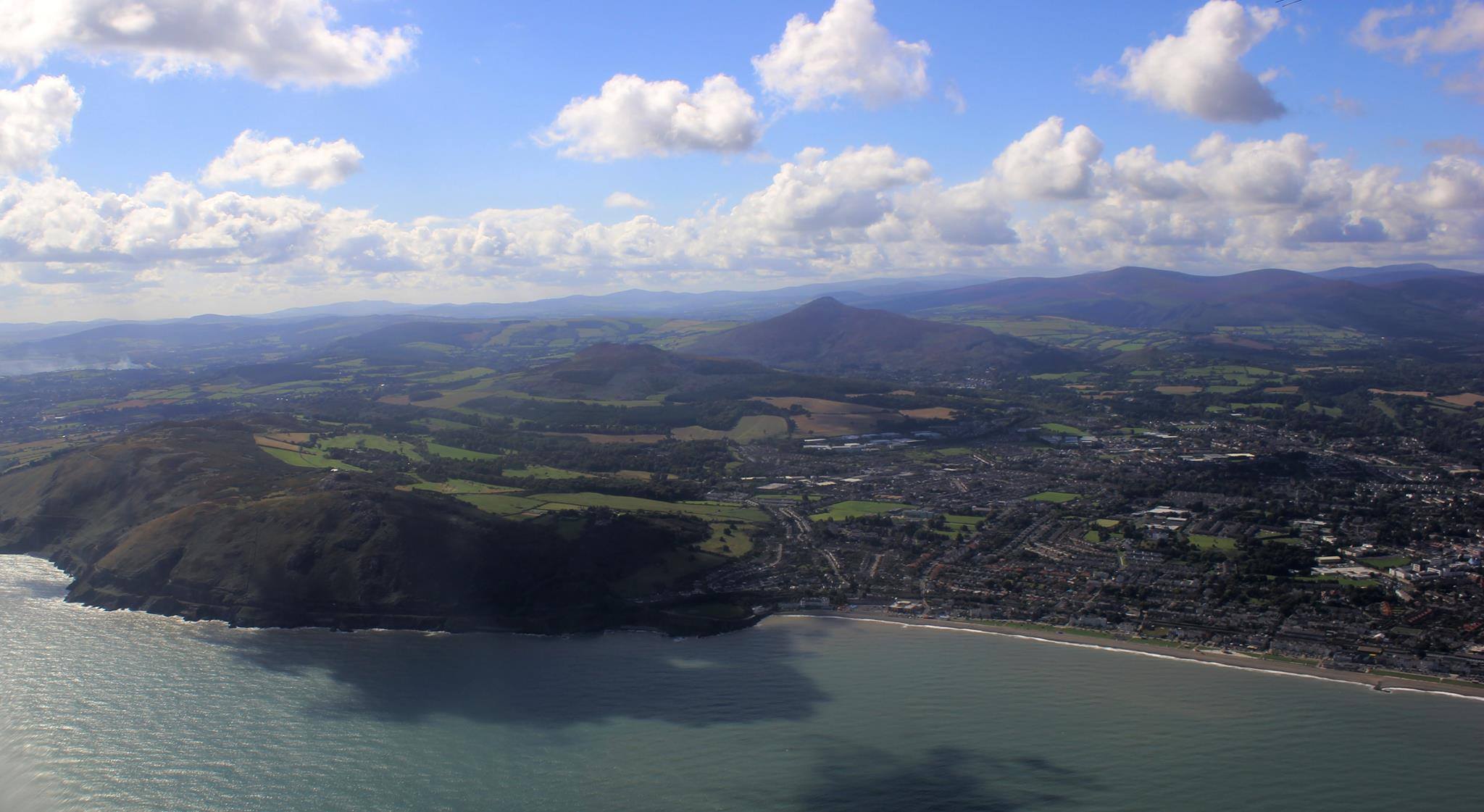 A public meeting was held last night Tuesday 12th of September 2017 in Kilmacanogue to clarify and discuss Wicklow County Council’s proposed roadway and rezoning of lands on the lower slopes of Little Sugarloaf.

Thanks first and foremost to Pluck’s for allowing us the use of their function room to host the meeting. The meeting was well attended and some very strong concerns and objections were voiced along with some very intelligent and considered alternatives. One clear outcome is that the community will no longer allow planning by stealth and we demand timely notification and full transparency on any proposed plans that will affect the local community.

As discussed at the meeting It is worth pointing out that the TII (Transport Infrastructure Ireland) report for the N11 noted that the council’s proposed Little Sugarloaf roadway was superfluous to the needs and unfeasible on the grounds of its environmental impact to the area. It is also worth pointing out that the roadway proposal is contrary to the vision and goals of the Wicklow County Development Plan 2016-2022. We urge you to all review the WCDP here to make an informed decision: http://www.wicklow.ie/stages-wicklow-county-development-plan-2016-2022

Of the 8 elected county councillors in Bray we are pleased and grateful to Cathaoirleach of Bray Municipal District Cllr. Christopher Fox, Cllr. Joe Behan, Cllr. Steven Matthews and Cllr. Michael O’Connor for their attendance and their commitment to voicing the concerns of the community of Kilmacanogue, it is important to note that the proposed plan will not be passed or rejected just by the 8 councillors in Bray but the vote will necessitate all 32 elected councillors in Co. Wicklow. We would also like to thank John Brady TD for his attendance and his input throughout.

As was suggested at the meeting by several the councillors, individual objections have far greater impact than a single submission signed by a few hundred people. With that in mind, this proposal must be objected to in order to allow time to consider alternatives. If you feel strongly enough to object and to voice your individual concerns and to protect our community and our Area of Outstanding Natural Beauty then you must email: planreview@wicklowcoco.ie with your objection noting your address as only one objection is allowed per household. We urge you to copy in all 32 Wicklow County Councillors as only 8 out of the 32 based in Bray.

According to the councillors in attendance the view is that with enough submissions of objection this would trigger a review of the plans with further consultation required before any plans are finalised or implemented. Following this it was also suggested that we as a community create a civic association for Kilmacanogue that would give us better representation into the future on all matters associated with our community and any further planning proposals that affect us all. We will be calling a meeting regarding this proposed civic association shortly. If you wish to volunteer your services or propose anyone to help create and steer this association then either PM Kilmacanogue News and Views Facebook page directly or email to news@kilmacanogue.ie. After all, talking without action is pointless and achieves nothing for the community.

Double decker bus transformed into €200,000 diner on wheels in Wicklow