Tony is ready for All-Ireland battle

160
SHARES
ShareTweetSubscribe to our Newsletter

Tony left Ballina when he was 18 and reminded us that everyone there knew him as Anthony, he and his family lived at 6 Corcoran Terrace.

He moved to Rathdrum 30 years ago, but anyone passing through the town can see where his colours lie.

We caught up with Tony and his mascot Archie during the week to get his views on Sunday’s big encounter.

“I know this is the year, we have got to the final the hard way, Dublin have had to do a lot of waiting around on games, where we have been on the go all summer.

We had two cracking encounters with Kerry, which were worthy of finals themselves.

I know people will bring up the auld curse thing but that is pishogue (a superstitious belief), two players from the 1951 winning team are still alive, Paddy Pendergast who lives in Tralee and Padraig Carney who lives in New York and the people of Mayo love them.

I do know the game has changed a lot since we won it last, it is gone very like basketball and there are way more tactics, very little run, catch and kick.

Even my mascot Archie says it’s Mayo by four, I’ll take that.

The lead up to the game has been tinged with sadness in Mayo after three generations of the Wilson family tragically died in an accident near Claremorris, earlier this week. I would love if people said a little prayer for them and their family.”

Tony with mascot Archie in Rathdrum 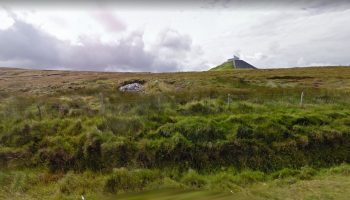