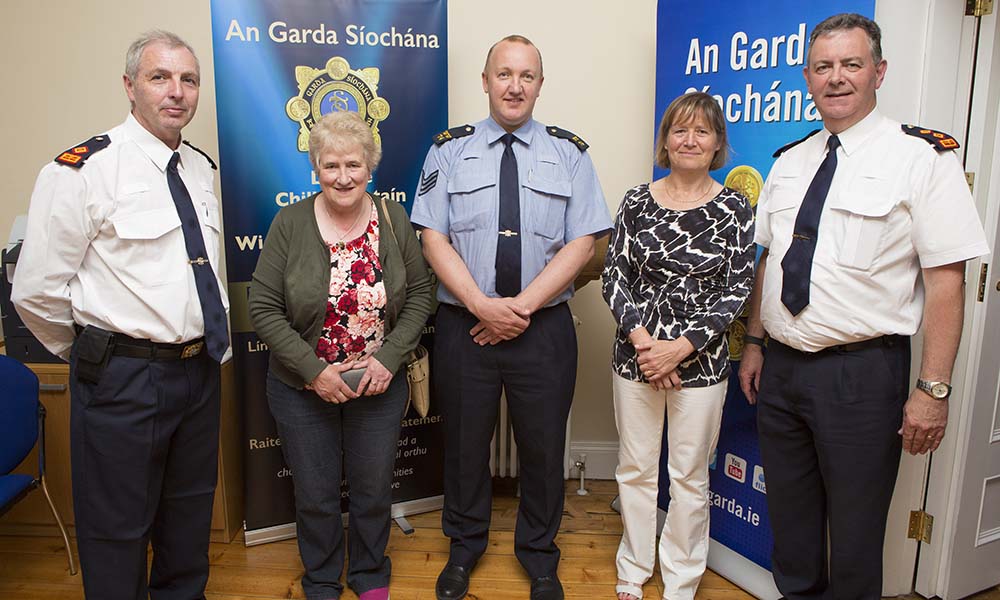 Wicklow Community Text Alert groups have been encouraged to apply for Government funding, a Fine Gael TD and Minister of State at the Department of Agriculture, Andrew Doyle said.

The Department of Justice and equality has announced it will be providing additional financial support to these invaluable local groups as the latest measure in its support of crime prevention in rural communities.

The Rebate Scheme, which also ran in 2016, will allow Text Alert Groups registered with An Garda Síochána to apply for funding to contribute towards their yearly running costs.

Minister Doyle said: “My Fine Gael colleague, Minister for Justice Charlie Flanagan, will be making in the region of €100,000 available to local communities who wish to apply for a rebate towards the costs associated with running their local Text Alert Scheme.

“I know there are a number of Text Alert groups in Wicklow are very active in using the system for crime prevention including; Community Text Alert groups in Dunlavin, Roundwood, Rathdagan, Glendalough and Blessington.  I would like to commend the excellent work of the people involved in safeguarding our local communities.

“I know as well as anyone the positive impact text alert groups are having on rural communities and I have been updating the Minister on the excellent work being done here in Wicklow by locals in tandem with the hard work of the local Garda Síochána.

“The Department is also assisting in the prevention and detection of local crime through the recently announced grant-aid scheme to assist the establishment of community-based CCTV systems.

“This scheme will run for 3 years, with up to €1million being made available for each year of the scheme to assist local communities – the application process is open and I urge local communities to look into this, and see if it fits with their needs.

“The provision of CCTV schemes will assist in the prevention and reduction of local crime, disorder and anti-social activity and increase community involvement to prevent and reduce crime in local areas.

“These schemes allow new technologies to fuse with the traditional value of active community engagement to keep Wicklow safe.”

“The Government’s response to crime and to burglaries in particular, has focussed on two key objectives: investing in the capacity of An Garda Síochána to tackle criminals and enforce the law effectively; and updating and strengthening the law where necessary.

“Further support is being provided to communities through the unprecedented investment in the Garda fleet in recent years. The Capital Plan 2016 to 2021 provides for investment of €46million in the fleet, this is in addition to the investment of almost €30million in the period 2013 to 2015.

“In the period 2013 to the end of 2017, almost €44million will have been invested in the fleet with some 2,000 vehicles coming on stream in that period. This investment has allowed Gardaí to carry out special targeted patrols against criminals committing crime inter-regionally, including a focus on the use of motorways by criminal gangs, so as to disrupt and arrest those involved. Garda numbers are also continuing to increase with a new class of Gardaí graduating this week from Templemore.”