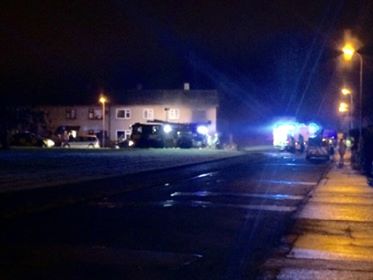 One man has been taken to hospital following a house fire in Greystones.

It is understood two other men were treated of smoke inhalation.

Emergency services including Gardai, Ambulance and 3  fire units attended the scene at Kindlestown park in the early hours of this morning.

Neighbours were woken by a loud bang.

The cause of the fire is unknown at this time, the man’s condition is said to be serious.

Gardai are carrying out a forensic examination.