Centenary since of death of four Arklow sailors 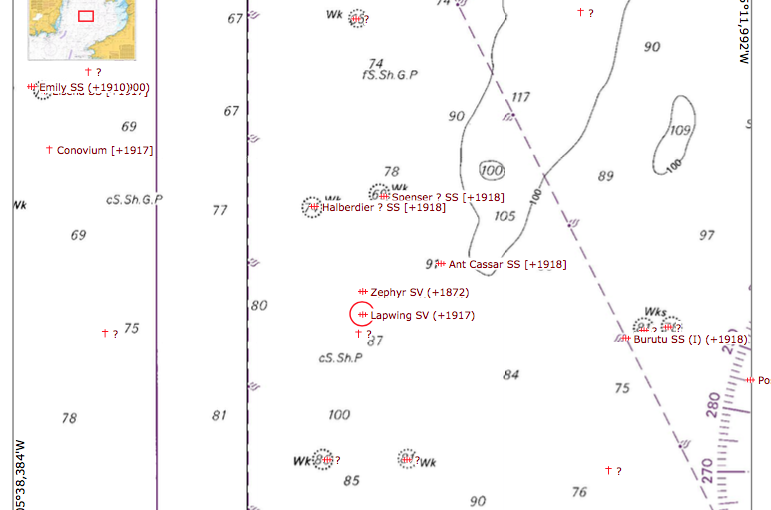 This Friday marks the Centenary of the SV Lapwing on a voyage from Waterford to Cardiff, which was sunk by gunfire by the German submarine U-95 on November 10th 1917

It is recorded that the 5 sailors on board got into a lifeboat, but were never seen again.

They included two brothers and father from Arklow, who are relations of Stephen Kearon who now lives in Ballinaclash.

The U-95 carried out 5 patrols starting 24 May 1917 until 16 Jan 1918 when sunk off Hardelot, France with the loss of all 43 hands. It sunk 14 ships and damaged 3 during these patrols.  It’s Captain was Athalwin Prinz (34).  The wreck was identified in the 1990s and it is lying in 40m of water mainly intact.  Its hatches are closed, and periscopes retracted so it appears to have sunk when submerged.  There is huge damage around where the torpedo room was, so the divers concluded one of its torpedo’s must have malfunctioned and sunk the sub

Joseph, Edward and George Kearon are remembered in the Woodenbridge Memorial Park (http://visitwicklow.ie/attraction/woodenbridge-world-war-1-memorial-park)