Tenders from Arklow, Rathdrum and Wicklow attended a fire at the old Veha warehouse on the Murrough.

Black smoke could be seen for miles as it billowed eastwards over the sea.

The Port road was closed to traffic during the incident.

A spokesperson for the fire services said “Our main concern was to stop the flames from reaching the roof as it is made of asbestos, but we managed to get it under control, the smoke was caused by burning plastic and perspex which was inside the building.”

The cause of the fire is unknown.

Arklow fire services attended a fire at the old Gypsum factory on the North Quay.

Bray fire services were called to a car fire at Sugar loaf car park in the early hours of Friday morning. 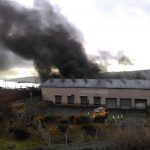 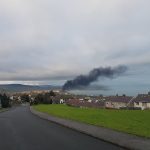 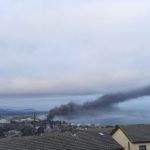 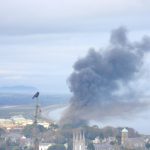 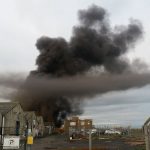 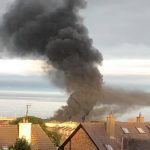