Running 4,721km from Wicklow to Syria 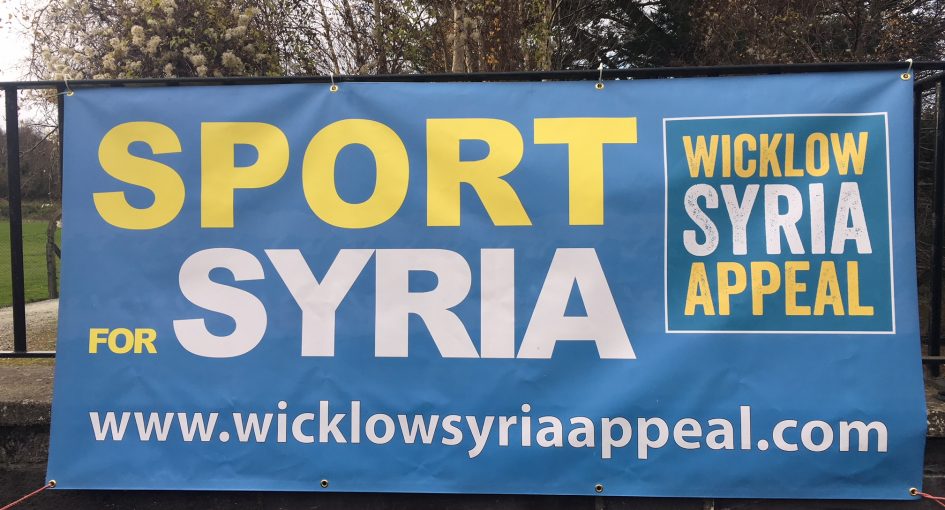 Each individual ran, walked or crawled and a score board recorded each completed lap. These were then subtracted from the total 4,721 kilometres representing the distance from Wicklow to the Syrian city of Homs.

All ages were represented but it was the children, some as young as four, who stole the show with their enthusiasm to do ‘one more lap’.

The event was hosted by Ashford GAA and supported by the Soccer and Athletics Clubs, and organised by Paula Kearney, an Ashford Resident and volunteer with WSA.

It is from Homs that a Syrian family, currently living as refugees in Lebanon, hope to resettle in Wicklow in early 2018. The Sport for Syria event was part of a drive by WSA to support the family to move to Wicklow.

Chairman Dermot Costello said: “The Ashford Sport for Syria event has commenced the first 221km of the journey and helped us raise awareness for the community project and funds to prepare for the family’s arrival.

“Despite the onset of the chilly December evening, it was heart-warming to witness the generosity of people reaching out to those refugees who have suffered, lost everything and are soon to begin a new chapter of their lives in Wicklow.”

Formed in 2016, Wicklow Syria Appeal is a group of volunteers across the Wicklow business, education and religious communities. The group came together to enable the Wicklow community to make a positive difference to the lives of those affected by war in Syria.