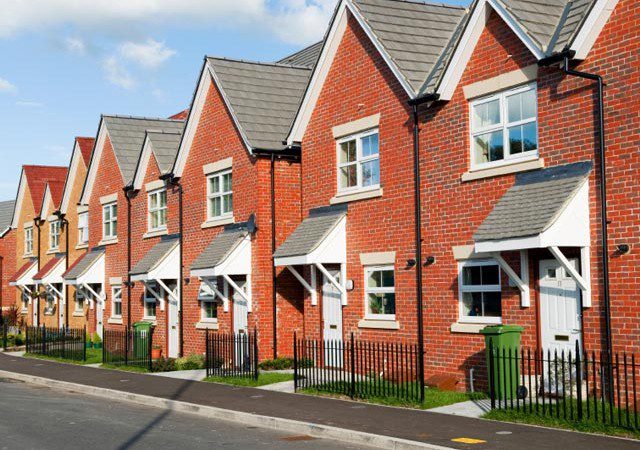 Fianna Fáil Spokesperson on Renewal & Housing Pat Casey says the process governing the building of social housing is too long and complicated, and is slowing down essential construction projects.

He was speaking following the release of the latest social housing construction status report, which reveals that 73 projects (1,117 homes), which were lodged between 2013 and 2015, are still in the initial Stage 1 Capital Appraisal phase.

Deputy Casey explained, “At a time when housing demand is at an all-time high, it seems ludicrous that some projects are still only in the first phase of the construction process more than three years after they were lodged.  There are 1,117 homes across the country which are caught up in this over-complicated system; homes which could provide a much needed roof over the heads of families who may be living in a hotel or B&B, or who are depending on other family members to give them a temporary place to stay.

“The simple fact of the matter is the current process is too long, too complicated and too slow.  It’s not able to react to the current housing needs.  There is also a serious issue with local authority builds – councils are not building houses at the rate that is needed.

“Despite Minister Damien English’s claims that “local authorities are the main body to deliver social housing on behalf of the State”, these figures clearly show that 76% of all stock built in the second quarter of 2017 was undertaken by Approved Housing Bodies rather than local authorities.  Approved Housing Bodies also account for 63% of sites commenced in Q2 2017, as well as 73% of the projects being tendered for.

“This Government is refusing to acknowledge that it is now over-reliance on Approved Housing Bodies.  It cannot continue to bury it’s head in the sand – Ministers Murphy and English need to  recognise the problem, and take urgent steps to get local authorities to step up to the mark and start building houses”, Deputy Casey concluded. 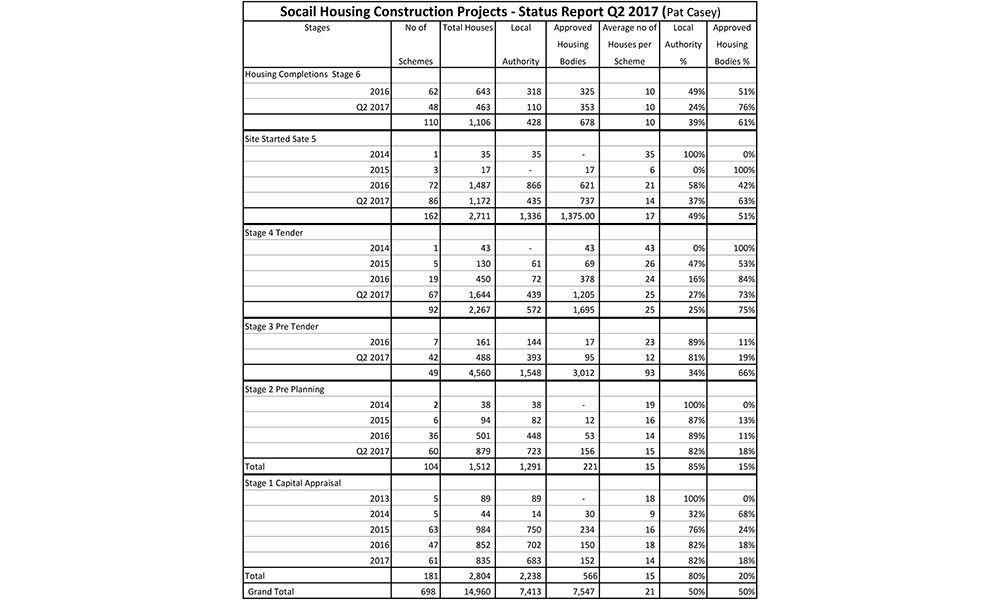