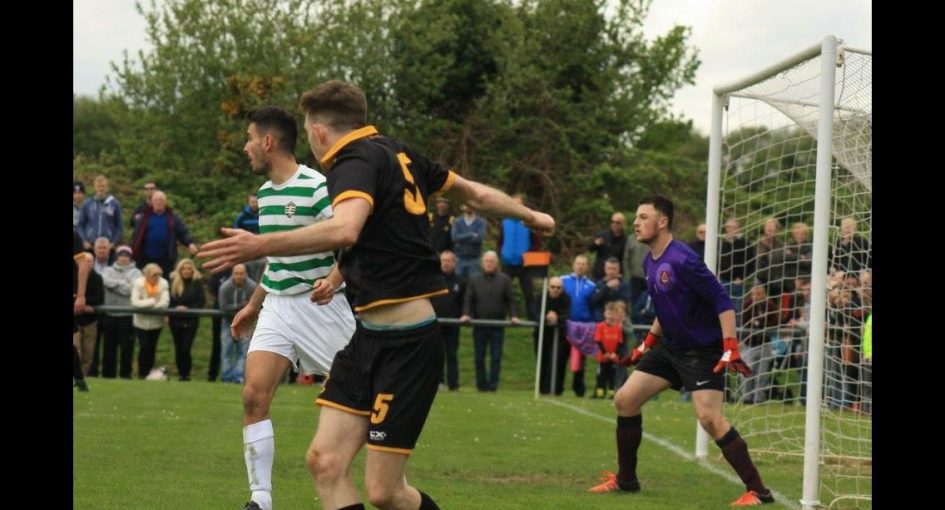 Greystones United goalkeeper Adam Hayden has spoken of his delight at being selected by the Leinster Senior League to be part of the squad to play in the UEFA Regions’ Cup play-off.

The team is made up of players from across Leinster and Connaught and will compete against their counterparts from Munster and Ulster in a game which will determine which side goes on to represent Ireland at the UEFA Regions’ Cup – a competition pitting sides from every UEFA representative nation.

Reflecting on his call-up, Hayden told WicklowNews: “I was surprised because I wasn’t aware of this play-off until I saw the squad in the paper.”

“I got a text from one of the other keepers at Greystones saying congratulations. I hadn’t a clue what he was congratulating me about but he sent me a photo of the squad and that’s when I found out.”

Hayden is joined by Mikey Quinn (Crumlin Utd) and Lee Walker (North End Utd) as the three goalkeepers selected for the squad and he considers being picked alongside them to be a big chance for him to develop.

He said: “it’s a massive opportunity to be picked as one of the three keepers in Leinster and Connaught.

“It’s a massive opportunity for me to get more experience as well at a higher level.”

The Greystones United shot-stopper is the only County Wicklow representative on the team, with other counties represented including Dublin, Wexford and Mayo.

Adam said that he felt honoured by this, saying: “it’s a privilege to be the only player from Wicklow in the squad.”

The Leinster-Connaught squad play against Munster-Ulster on Saturday the 17th of February at the AUL Complex in Dublin, with kick-off at 2pm.