The St.Patrick’s day parade is in serious doubt following a low turnout at a meeting on Monday night.

A mere three people including Chairman Jimmy O’Shaughnessy attended the RDA hall to make plans for the 2018 event.

Speaking to Wicklownews, O’Shaughnessy said “It was a very disappointing turnout, the same happened last year but we pushed on and managed to have the parade. It is the same handful of people every year and I think last night was a bridge too far. The parade itself is always a success with thousands turning out every year, but people do not realise it costs up to €2,000 to hold the event and if it was not for the local businesses it could just not happen.

“The floats themselves come from all around Wicklow, we cater for the small communities of Glenmalure, Glendalough, Laragh and Ballinaclash who do not have a parade of their own. We have been going for the last 27 years, but it seems there is a lack of interest.”

A special meeting has been called for Monday 5th of February in the RDA hall at 7.15pm, but the Chairman has said “If we don’t get a response then we will just have to call it a day”. 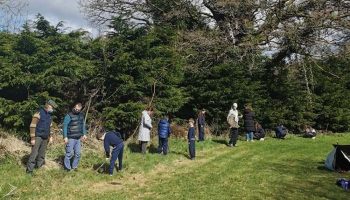