It was a busy weekend of sport this week. There was important clarity in the future of Martin O’Neill while Manchester City surrendered their undefeated domestic record.

In the GAA, Wicklow B met Longford in the 3rd round of the Kehoe Cup while history was made in the O’Byrne Cup with the debut of the new free-taking competition rule.

Finally, in rugby, Leinster took on the Glasgow Warriors knowing that a win would guarantee them a home quarter-final in the next round of the European Champions Cup, while Munster and Ulster took on Racing 92 and La Rochelle respectively. Elsewhere, Connacht visited the Worcester Warriors in the European Challenge Cup in a game that had big implications for the Irish province’s quarter final aspirations.

Read below for the low-down on this weekend’s sport:

Martin O’Neill will remain as manager of the Irish national football team after he turned down the chance to become Stoke City manager.

It comes after Stoke were unsuccessful in bringing in Quique Sanchez Flores to replace the sacked Mark Hughes this weekend.

Speaking to RTÉ, Luke Edwards from the Telegraph said that Martin O’Neill had turned down the job because he “enjoys his job with Ireland.”

“He was offered a substantial pay rise to take the Stoke job. I don’t think it was a short-term deal on offer either. Martin is his own man, difficult to second guess and he just decided it wasn’t for him for whatever reason. We’re going to have to wait for him to explain that.”

Back in October, both Martin O’Neill and his assistant Roy Keane reached an agreement with the Football Association of Ireland to extend their contracts beyond the 2020 European Championship qualifiers but neither had officially signed a contract.

Since then, both men have been linked to a host of Premier League clubs, including Everton, Leicester City and, most recently, Stoke City.

However, this weekend’s developments mean that O’Neill and Keane look set to remain at the helm until Ireland’s friendly fixture against Turkey at the very least.

Manchester City’s unbeaten domestic record came to an end on Sunday after they were beaten 4-3 by Liverpool at Anfield. The sides were level going into the second half after Leroy Sané had cancelled out Roberto Alex Oxlade Chamberlain’s early opener.

Jurgen Klopp’s side retook the lead early in the second half when Roberto Firmino cleverly lobbed Ederson in goal, before Sadio Mané made it 3-1 with a fine finish into the top corner from the edge of the box. Mohamed Salah made it 4 when Ederson’s sloppy clearance landed at the Egyptian’s feet, before Salah stroked it home from close to 40 yards.

Bernardo Silva and Ilkay Gundogan got two late consolation goals for Pep Guardiola’s men but it proved to be too little too late for the hopeful champions, who have now suffered just their first defeat in 23 games this season.

Elsewhere, Chelsea could only manage a 0-0 draw at home to Leicester City, while Arsenal surrendered a 1-0 lead to lose 2-1 away to Bournemouth.

The Wicklow B’s were victorious in the 3rd round of the Kehoe Cup as they ran out 4-19 to 1-6 winners over Longford.

The teams were even in the first 25 minutes, but 1-5 without reply before half-time saw Wicklow take charge of the game. Further goals from Andy O’Brien and two from George O’Brien helped Wicklow march past Longford with ease in Kilcoole.

History was made this weekend when Meath and Longford decided their drawn O’Byrne Cup fixture via the first-ever free-taking competition.

The two sides were deadlocked after extra-time with a score of 1-19 for Meath to 2-16 to Longford, before Meath won the free-taking competition 2-1 after James McGiveny’s final free failed to hit the target for Longford.

“It was a pretty spectacular endorsement for the new rule. The excitement was pulsating, the tension was pretty amazing”, Flynn said.

Leinster are guaranteed a home quarter final in the European Champions Cup after they smashed Glasgow Warriors 55-19. 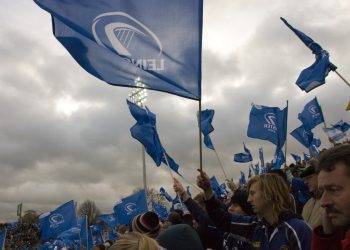 First half tries from Jordi Murphy, Isa Nacewa, Sean Cronin, Scott Fardy and Jonny Sexton saw the Irish province open up a 34-7 lead at the break.

The second half saw three more tries scored by Nacewa, James Lowe and Fardy, all of which were converted by Ross Byrne. The Warriors would score two more tries of their own in the second half through Ash and Matawalu but they were no match for Leinster in the end.

The win sees Leinster remain top of their pool on 23 points, nine ahead of second place Exeter Chiefs.

Munster were edged out by Racing 92 by a score of 34-30 at the U Arena despite a spirited display.

The French side took control of the game through a Nyanga try and two Machenaud penalties to lead the province13-7 at the break.

Munster took charge of the second half through tries from Keith Earls and Chris Farrell, both of which were converted by Ian Keatley before a penalty from Conor Murray six minutes from time seemed to earn Munster the points. However, two late penalties from Machenaud saw Racing run out 34-30 victors.

The defeat means that Munster remain top of their pool but only by a point from Racing 92.

Ulster were victorious 20-13 at home against La Rochelle on Saturday thanks to tries from Rory Best and Timony either side of Bales’ try for La Rochelle. This win leaves Ulster top of their pool, one point ahead of this past weekend’s opponents.

In the European Challenge Cup, Connacht drew 24-24 away at the Worcester Warriors. The Warriors opened up a 24-14 lead at half-time through tries from Humphreys (2), Lewis and Adams.

The second half saw Connacht register 10 unanswered points through a Ronaldson penalty followed by an O’Halloran try converted by Ronaldson.

The draw leaves Connacht in charge of their Challenge Cup group on 21 points, six ahead of second-place Warriors. However, the draw also means that they are unlikely to be a top two seed for the next round, meaning they will not have a home quarter final.