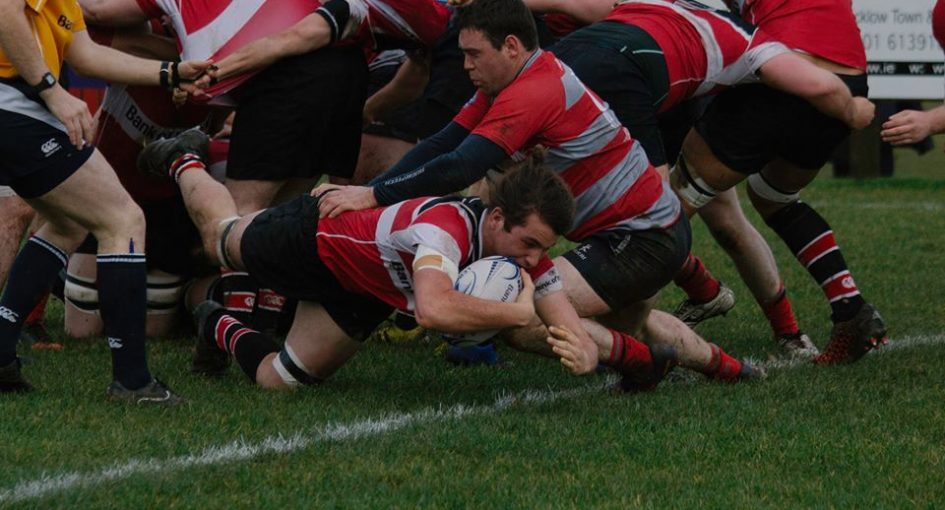 It was another busy weekend in sport, with success for Wicklow rugby in the Provincial Towns Cup and the Leinster Premier League, while the Wicklow hurlers will have to wait a little while longer before they have their chance at silverware in the Kehoe Cup.

Meanwhile, in soccer, Bray Wanderers hosted UCD in their first pre-season game of the season, while Manchester City retained their lead over Manchester United in the Premier League.

Elsewhere, Sarah Delahunt won the ladies footballer of the year and Des Burton was given the lifetime achievement award.

Full breakdown of all of the winners can be found here.

Sunday’s Kehoe Cup hurling final between Wicklow and Longford was forced to be postponed due to bad weather conditions.

The match is due to be rescheduled this week  — though Wicklow GAA have warned that finding a suitable date could be tricky with the Allianz national leagues starting next weekend.

Wicklow RFC will play away to either North Kildare or Dundalk in the second round of the Provincial Towns Cup after they defeated Mullingar 53-0. Tries from Eoin O’Sullivan, Wes Wojnar, George Naoupu, Jack McKenna, Simon Breen (2) Ben Porter and Billy Ngawini, as well as Brian Keegan kicking a further 13 points, helped Wicklow run out comfortable winners. Kildare and Dundalk play on Sunday, the 28th of January.

Wicklow RFC u-14 girls were victorious in the Leinster Premier League on Saturday when they beat Mullingar 19-12. Tries from Aoife Nixon (2) and Molly Callery helped Wicklow overcome a spirited Mullingar outfit that scored two tries of their own to keep Wicklow on their toes.

Bray Wanderers played their first pre-season friendly as they hosted UCD at the Carlisle Grounds. The game, which ended 0-0, was notable as all but three of the Seagulls’ players were listed as trialists. After the game, Bray confirmed the signings of Eric Donnelly, Calvin Rogers, Cory Galvin, Rhys Gorman and Shane Flynn.

Manchester City retained a 12-point lead at the top of the Premier League as Sergio Aguero’s hattrick helped the blue-side of Manchester overcome Newcastle United 3-1 at the Etihad Stadium on Saturday.

Earlier in the day, Manchester United had clawed the deficit back to 9 points when they defeated Burnley at Turf Moor 1-0 through Anthony Martial. Jose Mourinho’s men ended the weekend set to sign Alexis Sanchez from Arsenal in a trade deal involving Henrikh Mkhitaryan, with the Chilean undergoing a medical on Sunday.

Meanwhile, Chelsea kept within reach of Manchester United by running out 4-0 winners away to Brighton & Hove Albion through goals from Eden Hazard (2), Willian and Victor Moses.

Arsenal started life without Alexis Sanchez with a bang as they beat Crystal Palace 4-1 at the Emirates Stadium. Four goals were scored in the first-half by Nacho Monreal, Laurent Koscielny, Alex Iwobi and Alexandre Lacazette – and an inspired first-half display from Mezut Ozil helped put the game beyond Palace, despite a late consolation goal from Luka Milivojevic.

The win leaves Arsenal in 6th, three points behind Tottenham Hotspur who drew 1-1 away to Southampton in a game which saw the debut of 17-year-old Irish striker Michael Obafemi.

Tonight, Liverpool will look to draw level on points with Chelsea when they play Swansea City away from home.