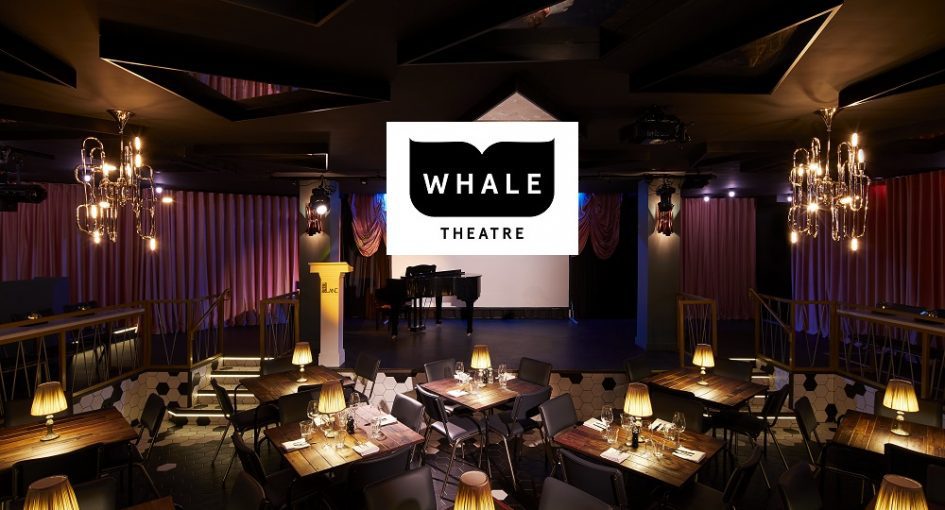 180
SHARES
ShareTweetSubscribe to our Newsletter

“Whales are mysterious, mesmerising creatures, that’s what we hope to provide with our theatre,” says Ross.

Ross McParland, a director for Sherry Fitzgerald, has taken a plunge into the deep end with the Whale Theatre – an elusive venue that he hopes can make a splash – which resides in the heart of his new multi-use development.

The Whale Theatre is the flagship part of the complex, located just off the main street in Greystones. Originally, Ross had planned to hire someone to run the theatre, but Ross has ended up at the helm, despite having little experience in the arts community. 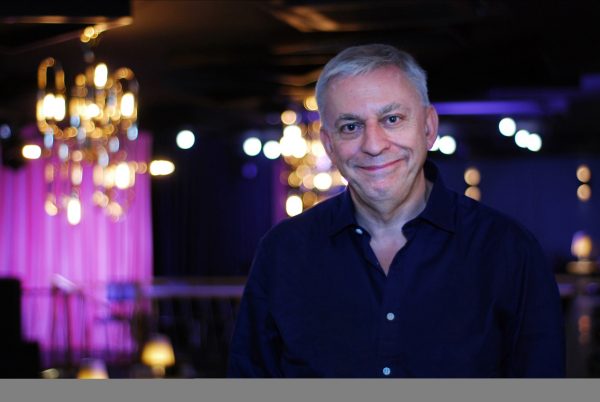 Ross McParland, Host and Founder of The Whale Theatre.

Ross has programmed the theatre’s season himself, a part of the project he was afraid wouldn’t work out: “I was up at every waking hour at first” he said. However, he’s found that the skills he developed from the property industry can crossover into the world of theatre.

‘Community’
“The best part so far for me has been the community support” he said. “There are 350 small theatres in different parts of Ireland, but we hadn’t one in Greystones. Whether they are small refurbished community halls, or state of the art theatres, they are so important to the community.” The audience is what has made it most worthwhile for him:

You just always enjoy their smile.

The theatre has had far more significance for Greystones than expected . Ross believes the theatre will play an important part for the wellbeing of community. “When you come in – you are escaping” he said. “Whether you’re a member of the audience, or a performer, the Whale provides you a chance to get away from it all and relax.”

Shortly after the Whale Theatre plans were announced in 2016, a local acting group called The Greystones Players was formed. The group now boasts over 40 members, and has plans to form a youth theatre group. Ross supports these community acts at the Whale Theatre, which has created a fantastic mix of local talent, and national stars.

The theatre runs a cinema club for just €3, and supports lots of community acts, from the Greystones Orchestra, to local school showcases. It isn’t just local acts putting on shows, with national stars like Phelim Drew having previously put on performances.

‘Pink Curtains’
The inside of the theatre was created by interior designer Sharon Ryle. Combined with McParland’s vision, they created a different take on the usual style of a theatre. The curtains are a baby pink, different than the usual red, which softens the feel while adding a bit of glamour.

The main seating area is a pit in the middle, with ‘ringside’ seating flanking the central seating. By using two adjoined stages, the theatre can take different shapes and styles to suit different acts.

Finally, the walls are copper which give a feeling of an old ship, while keeping a sleep and classy style.

‘National stars’
McParland aims to appeal to national stars with their unique style of venue. The Whale only has a capacity of 150 people, which could be considered small in comparison to the venues national stars have performed in.  However, this small style venue is exactly what Ross hopes will draw in national and international acts.

“We offer them an almost home away from home experience, a chance to get away from the large stage and put on a more private and intimate experience” says Ross.

Above the Whale sits lavish apartments currently under construction by McParland. The apartments will be there for stars to stay in a “top-class penthouse, have a lovely meal in the town, slip into the theatre for an hour or two for their show, and then relax upstairs.”

Ross, who lives in Greystones, has employed many locals for the project —from builders, to his sound and lighting team.

Whale mascot
An enormous mural that sits on the outside wall of the Theatre was created by painter Irina Kuksova, who originates from Russia but now lives and works in Greystones. It took the theatre two years to receive planning permission for the whale on the wall plus six months of work by Kuksova to create the magnificent 100-foot beauty.

Ross and his team plan to light up the mascot for Valentine’s day, to create the effect of a whale “shimmering in the water” which will be seen across Greystones. He hopes that they can continue to offer something for everyone in Greystones, and he will “continue to cherish the smile on each and every guest”.

Ireland’s answer to Sex & The City, internet sensation the Dirt Birds are landing in Greystones for their first headline show here.

Back by popular demand, this one-woman-show presented by Jean Farrell and directed by Joe McCarrick is a comical yet poignant look at life, from childhood in the 1950s to the present day.

Come join acclaimed singer and actor Maria Doyle Kennedy at the Whale Theatre, for an intimate look into her career, from her performance in hit TV show Orphan Black, to her popular musical collaborations with her husband Kieran Kennedy.

An Evening with Maighread and Tríona Ní Dhomhnaill (23rd February)

An unmissable performance, sisters Maighread and Tríona Ní Dhomhnaill, who belong to a renowned singing family originally from the Donegal Gaeltacht, will be at the Whale Theatre. Their live performances are unforgettable events.

Just back from an American jaunt alongside Flight Of The Conchords and his largest-ever UK tour, David O’Doherty has, of course, been building up to his Greystones debut pretty much all his life. So, this is one night of comedy you’re unlikely to forget. For at least 20 minutes.