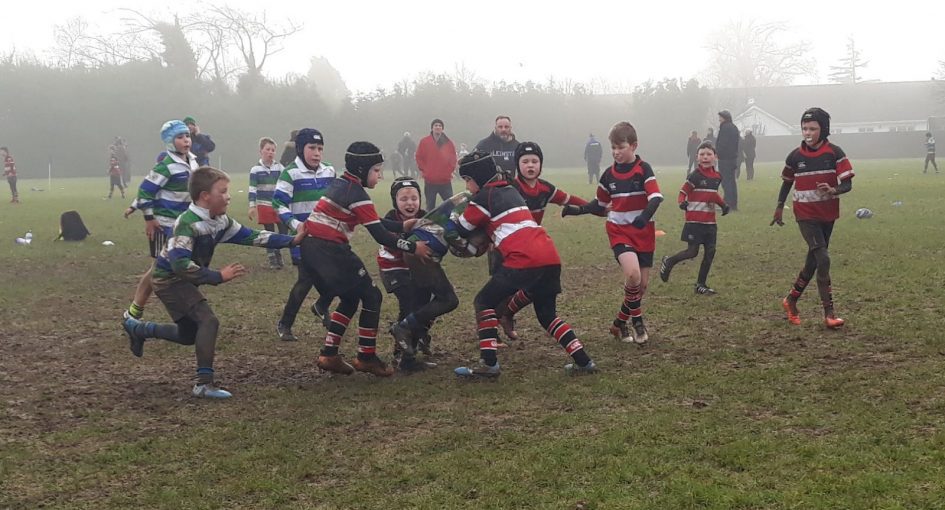 In dry, bright and mild weather, conditions were good for the matches between Under 7s, 8s, 9s and 11s while Wicklow’s Under 10s travelled to Gorey for their matches.

The under-7s had three games running continuously with their very own brand of “chaos” rugby on display. There were the usual silky running lines that their coaches have come to expect from this group.

Elsewhere, the under-8s had their first matches of 2018 on Sunday morning when they played four games against Gorey. The Wicklow lads’ hard work over the course of the season was on display, as their tackling, passing and rucking impressed.

The under-11s played two very open games against Gorey. Playing on a firm pitch, there was lots of end-to-end rugby. There wasn’t much to choose between two well drilled sides. The games were played in good spirits with some very competitive rucking on display.

Meanwhile, in Gorey, three teams of Wicklow under-10s played three games against a trio of teams from the Wexford town.

The visitors enjoyed the muddy conditions and put their tackling and rucking skills to good use against very strong Gorey teams.

The two sides are very well matched which allowed for entertaining rugby for the large gathering of travelling supporters.

Next Sunday, Wicklow’s minis host New Ross in a match rescheduled fixture from before Christmas.