Wicklow’s past: The history of Wicklow’s place name 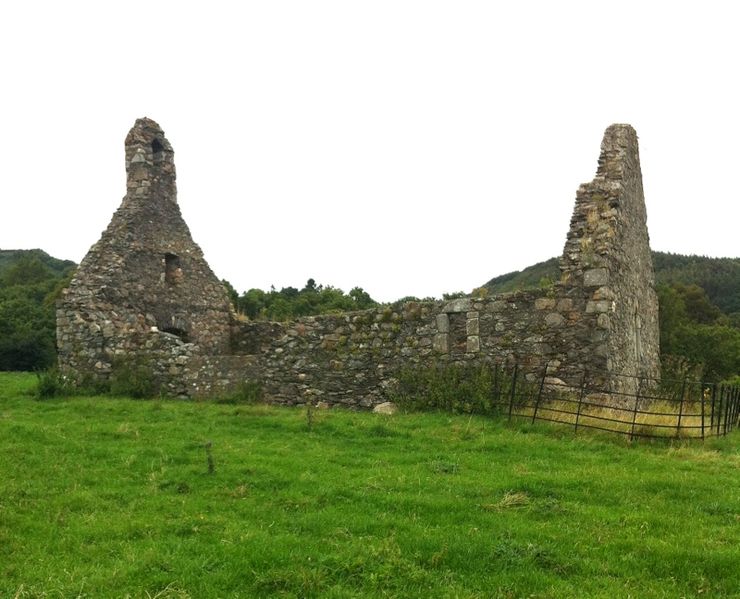 Wicklow’s Past is an ongoing series by Stan O’ Reilly of Wicklow’s Historical Society.

Place names trip off our tongues daily, but we hardly ever stop to think about what a place name means? Some even contain folklore, myth and legend that stretch back through the mists of time. It might take a stranger to ask a question about a place name to start us wondering.

Sometimes the visitor is better able to explain such names. Many of us have an interest in place names, some which are surrounded by mystery, that we become curious of their origin. Ancient folklore can at times provide us with an answer and a connection to those who went before us.

Folklore contains information about places, buildings and people. Such folklore is in danger of being lost in modern times and more information on local folklore should be made available to preserve it.

The first settlers on the east coast of Ireland were of Germanic origin. They were of the Cauci tribe and originated beyond the Rhine, who were dispossessed by the Romans under Caesar and by Germanicus. According to Tacitus they were the most noble and just of the Germanic tribes. Their old name for what is now Wicklow was ‘Wick.’ My own contention is that the Vikings added the word ‘lo,’ to this, which means ‘meadow,’ thereby creating the name ‘Bay of the river meadows.’

There are of course many other contenders who have put forward their own theory on the origin of that place name. The area was a paradise for the first settlers, no extreme cold or heat, a plentiful supply of food available on the land, in the woods and in the mountains, rivers, lakes and the sea. They were travellers, indeed the first Europeans, and they created roadways so that they could move around the country easily. One example is the stated ancient route from Kildare to the Sally Gap, Roundwood, Glenealy, Rathnew and into Wicklow.

The evidence of pre-christian settlement can be found all around Co. Wicklow and much has been made of the finds to the west of the county. A lot of evidence also exists of settlement to the east of the county. The Celts did not leave written records behind and much of what survives comes from those who came across these people, the Romans and the monks of the early Christian Church for example.

What does survive is archaeological evidence of their passing, in their settlement sites, methods of burial, place names, art and artifacts such as stone carvings, weapons and jewellery. Ogham stones found in Barndarrig and Castletimon, the sepulchural mound near Newcastle, the ancient fort of Dun-Barr or the ‘Dun on top of the hill’ at Wicklow.

There are the Pipers Stones at Donard, the Enniskerry Cromlech, one at Lugnaquilla and at other locations. Raths are numerous in the county and the folkore tales surrounding them are numerous. Woe onto anyone who disturbs or damages one. The little people will take their vengeance.

There is the Druid’s Circle at Donoughmore and another Cromlech at Baltinglass. Another can be found at Dunlavin as well as three Raths, said to be the residences of princes. Cromlechs were called ‘Grannies beds’ by our ancestors.

Cist burials were found at Ballyknockan and many other burial sites throughout the county including Portal tombs. Cooking sites are found from time to time, such as the noted Fulacht Fiadh, one of which was found in the Priest’s Field in Rathnew recently.

Rocking stones were used by the ancient Druids to decide the guilt or innocence of an accused. Two large stones balanced on top of one another, such as at Luggelaw and Three Rock Mountain. If the stone moved on Luggelaw when the accused was brought there, he or she was judged guilty.

The accused was placed under the rocks on Three Rock Mountain and threatened death at any moment. It was believed a guilty party would quickly confess, especially as the stone was deliberately moved above them. As a strong wind was enough to move the rocks, one can well visualise the accused hoping for a calm day. In 1800, soldiers toppled the stone at Luggelaw. Other sites where archaeological evidence was found include the cave under Bride’s Head in Wicklow Town.

The Motte Stone on Cronebane is well worth a visit also. This is a huge granite boulder said to have been thrown there by the noted Finn McCool. The rock was said to have been split by an ancient giant hurling a boulder at it from what is now Gorey. Ancient giants, in folklore and tradition, entertained themselves by hurling large stones at each other from the tops of mountains. There are several old folklore tales which survive to testify to this, including one in the area of Castletimon.

At Kilternan is one of the ancient Dolmens dotted around the country. They were known to our ancestors as ‘Druid’s Alters’ or the graves of giants. Many ancient artifacts can be viewed in the National Museum of Ireland, always well worth a visit and include Neolithic instruments and axes, flint, a polished flint spearhead, axe heads, two pierced stones, a stone age axe which may be 2-3,000 years old, a leaf shaped bronze sword, a 2ft long bronze spear and a bronze cross, all found in Co. Wicklow.