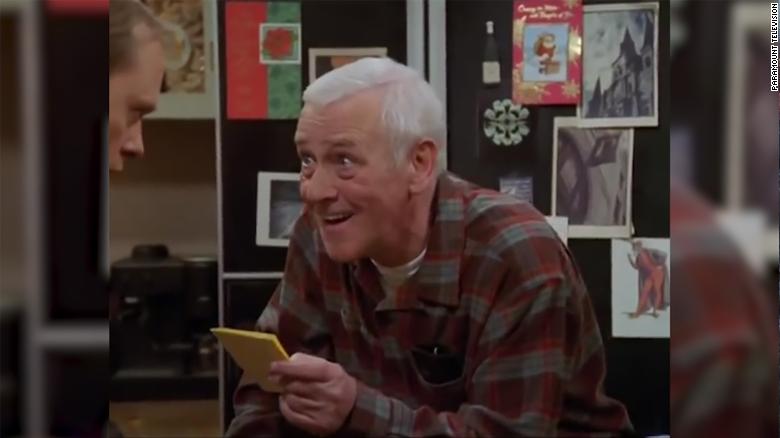 John Mahoney, who played Martin Crane in the US sitcom Frasier, has died aged 77.

He died on Sunday while in hospice care in Chicago.

Mahoney enjoyed a distinguished career in theatre, winning a Tony award, and had a long list of film and TV credits.

But he will be best remembered for playing the unpretentious, blunt father of Frasier and Niles Crane in the hit comedy, which ran for 11 seasons from 1993-2004.

Mahoney won a SAG award in 2000 for the role, and was also nominated for two Emmys and two Golden Globes.

Much of the comic spark in Frasier came from the relationship between the down-to-earth retired police officer Martin Crane and his pompous sons Frasier and Niles, played by Kelsey Grammer and David Hyde Pierce.