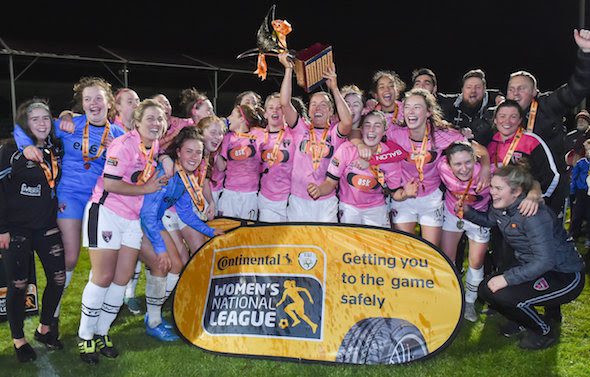 Greystones United have been added to the Continental Tyres Women’s National Under-17s League.

The league is set to start in July 2018 and will be the first national underage women’s league in Ireland.

Greystones is one of four additional teams that have been awarded a place in the competition — with Athlone Town, Donegal Women’s League and Sligo Rovers set to complete the 11-team line-up.

In a statement, FAI Head of Women’s Football Sue Ronan said: “This is another huge step forward for Women’s football in Ireland.

“By creating the Under-17 league, we’ll be able to see more elite players from the Gaynor Tournament progress to the next stage of their development with the 11 sides positioned across the country.

The league will begin in mid-late July 2018 with a truncated season before the start of the first full season in March 2019.