102
SHARES
ShareTweetSubscribe to our Newsletter

Wicklow born actor writer and musician Kevin C. Olohan has written a new play about the history of and contemporary life in Wicklow Town. “Curse of the Toothless One” is a comedy that tells the story of four local friends, attempting to tell the complete history of the town, from St. Patrick’s landing, and the Viking Invasion, through the opening of the Historic Gaol and its role in the 1798 Rebellion, right up to the lives of young people living in Wicklow today.

The play will have its inaugural production as part of the Scene and Heard Festival at Smock Alley Theatre on Lower Exchange Street Temple Bar in Dublin’s City Centre, is an annual festival of new writing which gives emerging artists a platform to experiment new ideas of work in a risk free environment.

Kevin, who is son of Jackie and Sean Olohan and brother of Ciaran, studied at The Lir Academy and debuted his first play “Casey Hanrahan: Happy in Misery” at the Scene and Heard Festival in 2016. He will also act as director and perform in the play alongside three other rising actors: Rory Corcoran, Sophie Jo Wasson and Meg Healy.

Directly after this play Kevin will return to Germany to complete the tour with the show “World of Musicals” which has been running for the past three months all across Germany.

“Curse of the Toothless One” runs this Friday 16th and Saturday the 17th of February at 9:30 pm, as part of the Scene and Heard Festival at Smock Alley Theatre, Dublin. Tickets available at ; info@smockalley.com or call ; 01-6770014 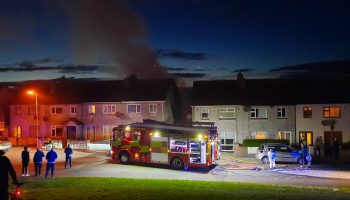