Wicklow counts for over €70m in Lotto jackpot wins 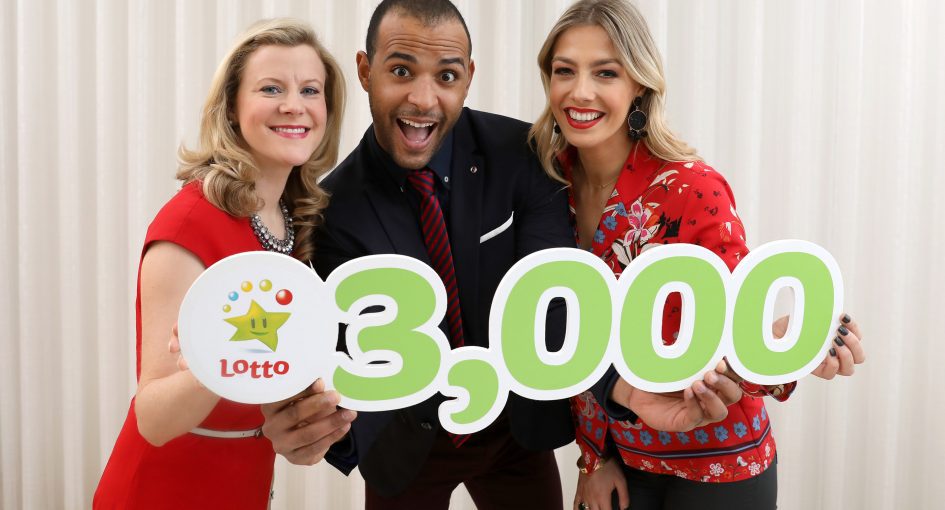 Since the very first Lotto draw in 1988, there have been 54 wins in County Wicklow totalling €76,073,974, according to figures released by the National Lottery

National Lottery Chief Executive, Dermot Griffin, yesterday revealed that over €4.4 billion in prizes have been paid out to Lotto players in Ireland since the game was launched in 1988.

“As we approach our 3,000th draw, we have seen an incredible 1,738 jackpot winners with prizes exceeding a phenomenal €4.4 billion,” he said.

“It’s not all about the winners. Lotto sales also benefit good causes all over Ireland. The total amount from sales of Lotto tickets alone which has gone back to good causes throughout the country is a staggering €2.9 billion which has benefitted projects and organisations in the areas of health, sport welfare, education, arts and heritage.”

National Lottery will be celebrating their 3,000th draw this Saturday and, ahead of the historic draw, the organisation have revealed a county-by-county breakdown of Lotto wins over 30 years.

Dublin claims the highest number of jackpots at 572 worth over €872 million while Cork is the second luckiest county with 172 jackpot wins totaling €245 million.

Ireland’s first Lotto jackpot winner was Brigid McGrath from Letterkenny in Donegal who scooped the £147,059 (punts) in the first draw which was broadcast live.

On the 28th June 2008, the Dan Morrissey Syndicate from Co. Carlow became overnight celebrities as they smashed the Lotto jackpot record by winning the massive €18.9 million jackpot prize – a record which still stands today.