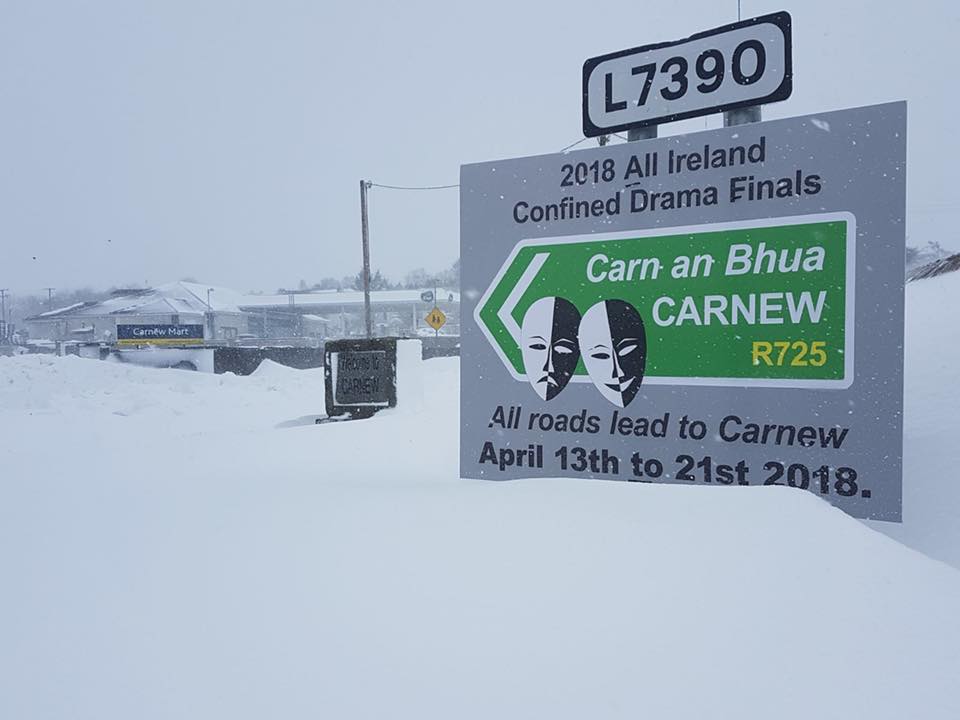 The Back Alley Development committee AGM will be held on Wednesday 21st March at 8pm in Carnew Training and Development Centre, all welcome.

Scoil Aodan Noafa Carnew Split the Pot of 23rd February was Lil Hennessy winning €272, sellers prize was Leah Doran and lucky dip was Libby Byrne, tickets only €2 from the school or local shops, many thanks to everyone for their support.

Carnew GAA lotto was not won, numbers were 2,6,25,30, lucky dips were Elaine Murphy, 9 Emmett Place. Martina Lena Byrne, Kilcavan. Orlaith Kavanagh, Tinahely. David O’Rourke, Carnew. The next draw is 12th March in Jim Byrnes and the jackpot is €10,400, tickets only €2 from any player or local shops.

The quality of the Parade is very much based on the effort put in to creating floats and so we ask for as many floats as possible to take part in our 2018 Parade – the more colourful and imaginative the better.

This year’s Parade takes place on Saturday 17th March at 1pm.  If anyone is interested in joining the committee or volunteering for an hour or two on the day, please contact us at Carnew TDC on 053 9426555.

The next bingo will be on Sunday 11th and 25th March at 2.30pm in St Bridget’s Hall, Carnew, all welcome and thanks to everyone for their support todate.

The All Ireland Confined Drama Finals Launch will take place in The Corner House, Carnew on Friday the 16th of March next at 8 pm. The South Wicklow Drama Festival committee are delighted to announce that Anne Doyle, Irish Journalist and former RTE Newsreader will be in attendance and will launch the Festival.