Progress being made to stop coastal erosion at Bray North Beach 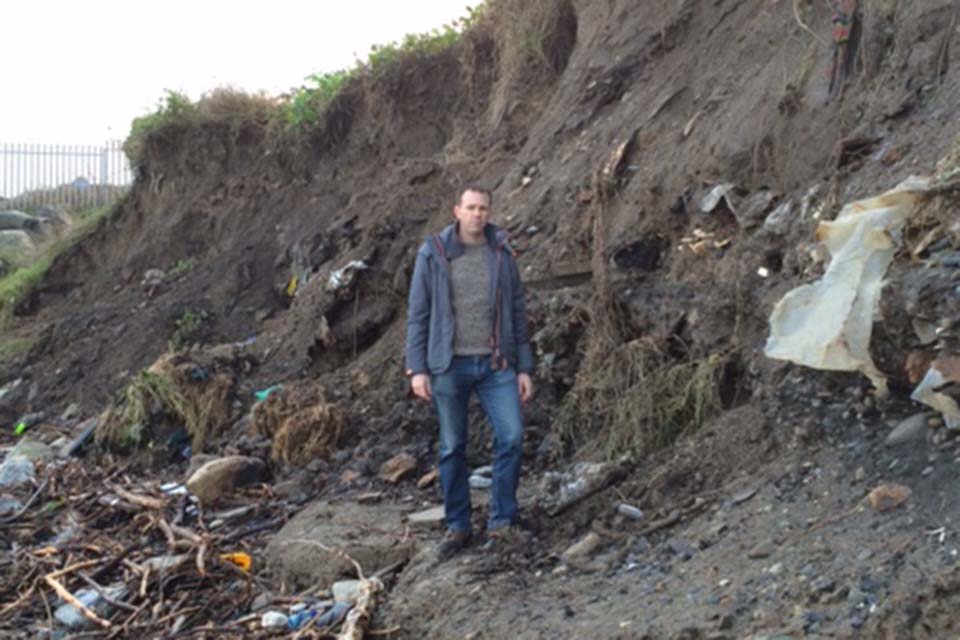 Progress has been made on plans to stop the coastal erosion at the old landfill at Bray North Beach, Wicklow TD John Brady has said.

The dump contains more than 104,000 cubic meters of waste including broken asbestos tiles, and excessive levels of ammonia Cal nitrogen, potassium and manganese in the ground water.

Due to coastal erosion the old landfill is continuously being washed into the sea, causing considerable environmental damage.

The company charged with the task – Malachy Walsh and Partners – have advanced on their initial plans for the project; Engineering, Archaeological and Architect surveys have been completed, while wave modelling runs are being completed for extreme wave conditions.

Two preliminary coastal protection designs are expected to be available by the end of April this year, which will then signal further discussions to take place amongst stakeholders including Wicklow County Council, Dun Laoghaire Rathdown County Council, and the relevant government departments.

TD Brady said that he is looking forward to moving onto the public consultation phase:

“It is envisaged that by the end of this year there will be a comprehensive public consultation process and I will be keenly assessing how this process can be conducted with a wide range of public views included.

“For now at least the public should be aware that I am advised there are ongoing and regular inspections of the area and clean-ups conducted when and where necessary. Both Wicklow County Council and Dun Laoghaire Rathdown County Council are in regular contact with each other, whilst the entire Wicklow Sinn Fein Council team and myself are engaging with the councils and local community on an ongoing basis.”