Spirit or trick of the light at Wicklow Gaol?

267
SHARES
ShareTweetSubscribe to our Newsletter

Some consider Wicklow Gaol to be one of the most haunted places in Ireland.

Thousands flock to the Wicklow attraction from all over the world each year, with some even claiming to have experienced supernatural encounters.

Visitors have undergone a variety of experiences including dizziness, sudden coldness, pungent odours, and even hearing voices and whispering.

Nobody has ever been able to capture concrete evidence of these occurrences — but a picture taken this month by a visitor may have stumbled upon something never been seen before.

When East Coast FM DJ Ryan O’Neill recently visited Wicklow’s Historic Gaol, he didn’t undergo any of the experiences previously mentioned, that was until he was sent a photograph taken by his brother who accompanied him.

In the photo, Ryan posed at the stocks which are set up for a photograph opportunity on the ground floor. What was meant to be a souvenir photo for Ryan to show to friends, the image taken with a phone depicts a piercing light, with what can be described as a face also staring at the camera.

Wicklownews.net spoke with Oisin MacGiolla Bhríde, who has been working at the Gaol for over a year, to get his understanding of the photo: “Though I can’t explain what is in the photograph, I am not surprised. Many visitors tell us of their experiences as they leave the Gaol, with some even sending us pictures.

Even today people have claimed to hear a baby crying while visiting.

Some people experience nothing, and skeptics will have their own theory, but if you have witnessed a strange happening in the Gaol, or have a photo of your experience, why not share your experience on the Wicklow Gaol Facebook page. 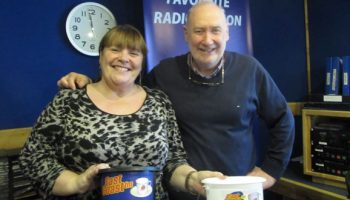