Syrian Refugee family to arrive in Wicklow next month 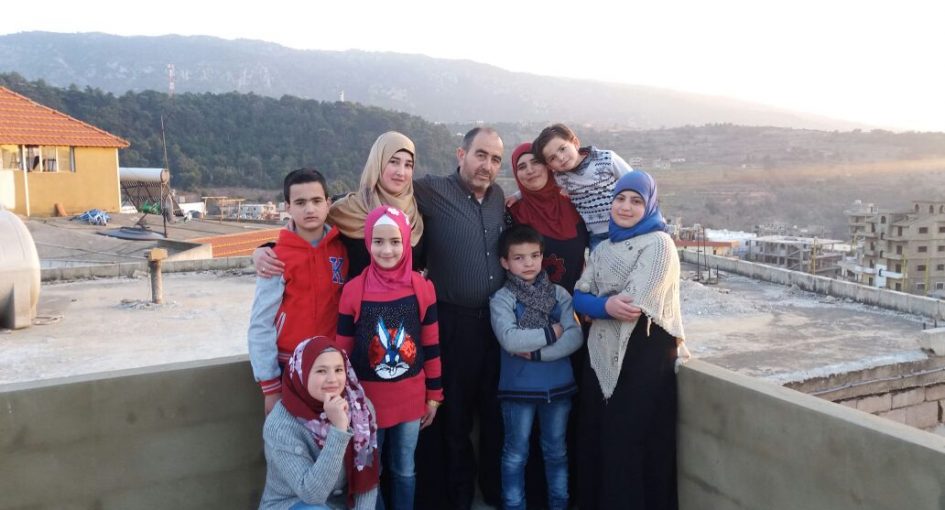 3.2k
SHARES
ShareTweetSubscribe to our Newsletter

Wicklow Syria Appeal, set up in 2016 by members of the Wicklow community, is the first community sponsorship program for refugees coming directly from Syria in Ireland.

The group’s original work was to raise awareness and provide humanitarian aid, but has now evolved into a pilot community sponsorship programme by partnering with Cork based NGO Nasc, the Irish Migrant and Refugee Rights Centre.

The first of its kind in Ireland, Wicklow Syria Appeal aims to serve as a positive model for other communities across Ireland to develop similar projects to sponsor refugees – WSA also can potentially become a model to support the Government in developing community sponsorship nationally, which they committed to doing in 2017. 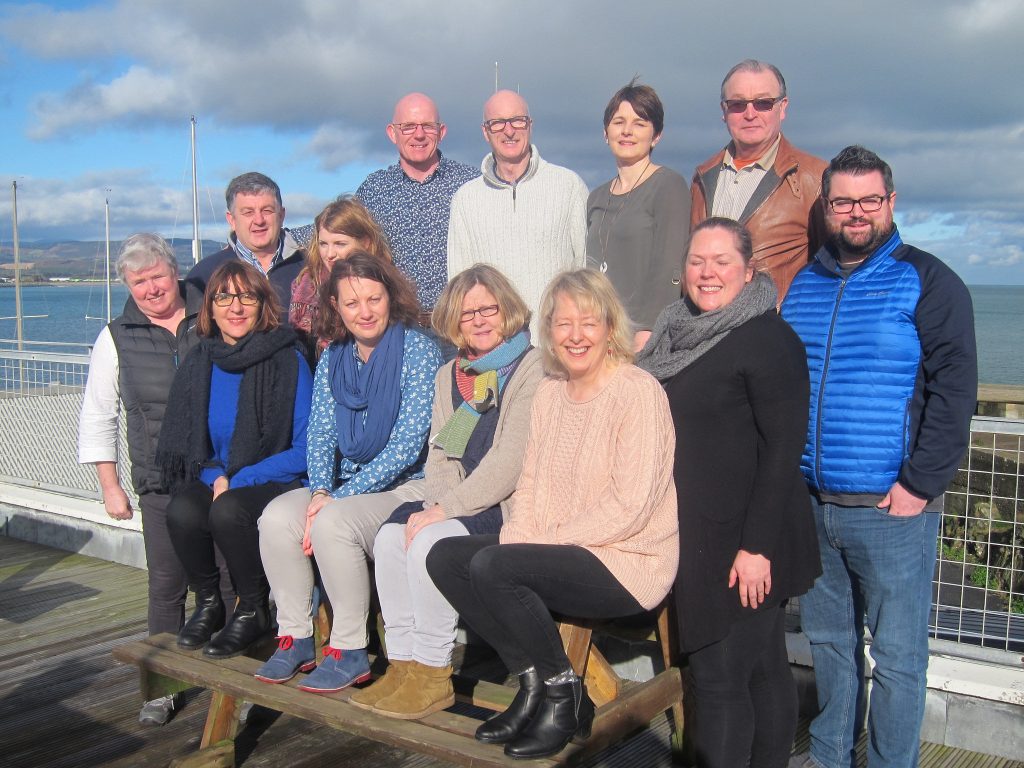 Members of the Wicklow Syria Appeal

Community Sponsorships are programmes that empowers community groups to support refugees and those in need of protection, to come and settle in their local area.

These programmes have been operating very successfully in other jurisdictions for many years, most notably in Canada where 25,000 Syrian refugees were brought to Canada through Community Sponsorship in less than a year.

Nasc and WSA have been granted approval through the 1996 Refugee Act which allowed the Government’s Family Reunification Programme, which will be the first time a Syrian refugee family comes to Ireland by community sponsorship.

Through support from WSA and NASC, a Syrian refugee family -the Al Sulaimans – will be relocating to Co Wicklow in Ireland before the end of April this year.

Mary Rose Devereux of WSA believes Community Sponsorship is enriching and rewarding for both communities and refugees in equal measure.

“It provides a way for communities to be part of the response to the ongoing refugee crisis in a real and life changing way,” Devereux said.

As part of the overall process, Nasc and WSA have been documenting the process and their learnings to help other communities who are interested in developing a community sponsorship project and welcoming refugees to their own communities. 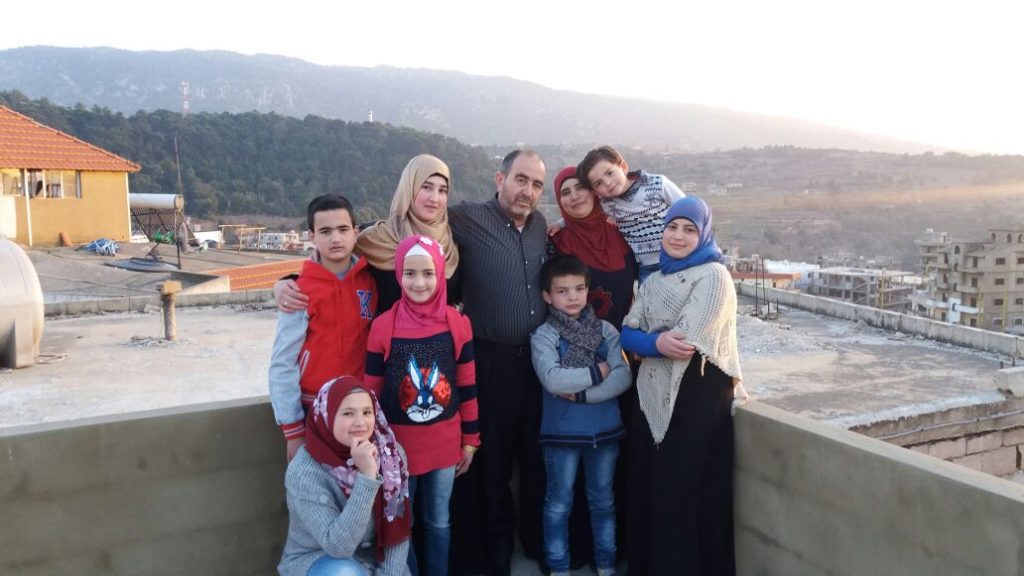 The Al Sulaiman family from Syria

The Al Sulaiman family consists of Khalid and Ilham – the parents – and their seven children with ages ranging from 5 to 21. Originally from Homs, Syria, the family are currently living in a shed in Mich Mich in Akkar in Lebanon.

The father Khalid owned an electronics shop in Homs before the war, and during his time in Lebanon he has occasionally been able to find work as a driver, though employment is scarce.

During their escape from Syria, the eldest daughter was shot and hasn’t been able to access proper medical treatment.

When the family arrives in Ireland, she will require  treatment to remove bullet fragments from her shoulder and reset broken bones.

The family communicates to Nasc and WSA through email, phone calls, and WhatsApp via translator.

They are set to move into a private rented house which was semi derelict, renovated through the goodwill of the Wicklow community and funds raised by the Wicklow Syria Appeal in order to make it liveable and secure a lease for the family.

Mick Nolan of the Wicklow Syria Appeal has praised the Wicklow community for its support: “Local trade people have offered their skills for free, businesses have given materials, local choirs and sports clubs have held fundraising events, all of this support has made Wicklow’s community sponsorship a reality.”

WSA are actively preparing the local community for the arrival of the Syrian family by raising awareness at events and on social media, as well as continuing to raise funds.

They have also arranged for the children to enrol into local schools, and for the family to learn English.

The sponsored family is able to come to Ireland through the Government’s family reunification programme, which allowed refugee families to reunite with their relations already living in Ireland.

The parents’ eldest daughter Majdoleen and her husband Marwan have been living in Cork with for just over a year.

Majdoleen and Marwan previously spent seven months in a resettlement centre (‘Emergency Reception Centre’ – EROC) with their three children, the youngest of whom was born in Ireland about eight months ago.

Nasc has been supporting the family for the last two years by submitting the family reunification application, and since that was approved by the Department of Justice, sorting travel documents and visas for Madjoleen’s family to make the journey to Ireland.

How you can help

The community in Wicklow Town have been fantastic in their support and they have already raised over €12,000 locally, which has gone directly into the refurbishment of the home for the Al Sulaimans.

Another €5,000 is urgently needed to provide essential supports for the family when they arrive, and fund emergency medical treatment.

The €5,000 will also go directly towards immediate expenses in the first weeks including food, clothing, interpreters, and travel costs.

You can donate to Wicklow Syria Appeal through their Gofundme campaign.

For more information about the campaign check out the Wicklow Syria Appeal Facebook page.