An Irish comic masterpiece at The Whale Theatre 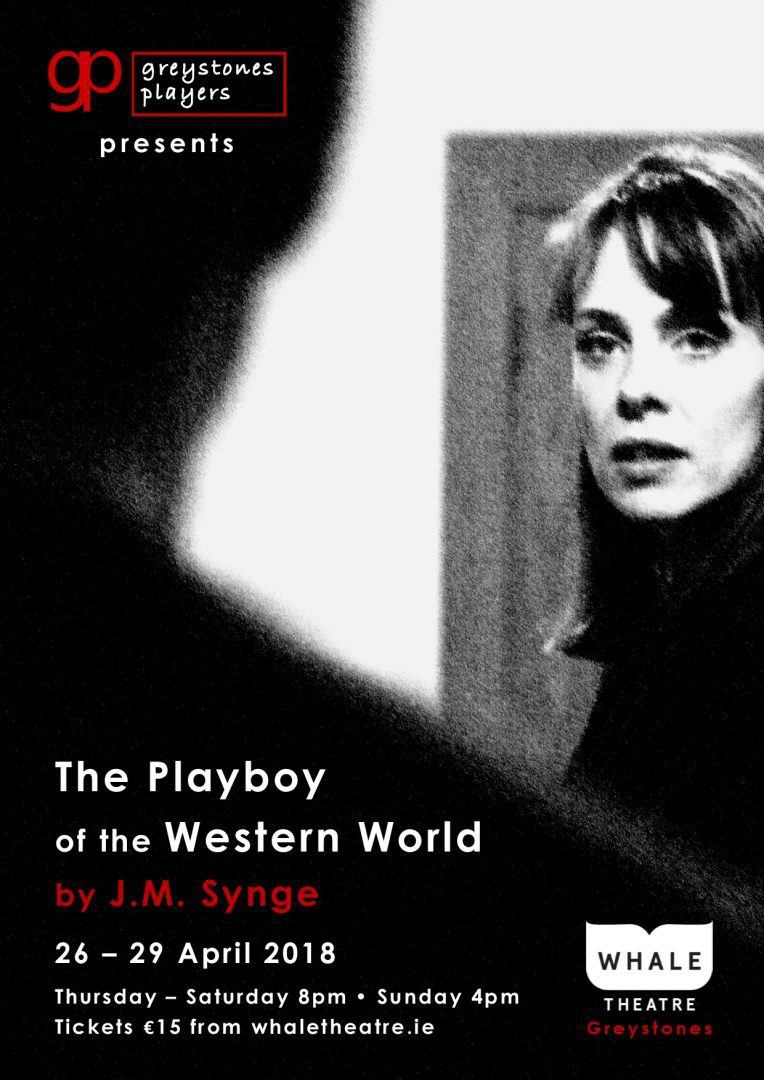 Greystones Players are delighted to announce their upcoming production of J. M. Synge’s The Playboy of the Western World at The Whale Theatre in Greystones from 26 to 29 April.

A classic play that both celebrates and satirizes the Irish propensity for story-telling and myth-making, John Millington Synge’s The Playboy of the Western World lyrically combines comedy and tragedy in a timeless and entertaining theatrical experience. Its characters – including Christopher (Christy) Mahon, Margaret Flaherty (Pegeen Mike) and the Widow Quin – are among the most memorable in modern drama.

The previous two shows from The Greystones Players were sell-out hits, so book your tickets in advance to avoid disappointment!

‘Set in a small village on the coast of Mayo, Playboy opens when a young man on the run staggers into a local shebeen where he is given shelter. When the man, Christy Mahon, reveals that he has killed his father, he achieves instant celebrity among the local community and begins to attract the attentions of the local women. The publican’s daughter Pegeen, despite being engaged to the well-off but timid and priest-fearing Shawn Keogh, is captivated by Christy – and even the predatory Widow Quin sets her sights on him. But Christy also attracts the suspicion of the local self-appointed sleuth and, in an ironic twist to the tale, his fortunes change dramatically.’

The 1907 premier of this irreverent comic masterpiece in the Abbey Theatre was met with rioting and controversy – and sent shock waves around the dramatic world. Seeing the colourful language as blasphemous and the dynamic characters as caricatures, the audience took the play as an affront to the honour and dignity of the Irish and missed Synge’s subtle ironies, crafted interweaving of tone and plot, and beautiful re-workings of traditional imagery.

W.B. Yeats later called the audience’s response to Playboy ‘the one serious failure’ of the Irish literary movement. Jack Yeats warned Synge that if he wanted to keep any of his ‘coloured language’ in the play, he would have to ‘station a drummer in the wings, to welt the drums every time the language gets too high for the stomachs of the audience.’

Synge’s own reaction to the row his great play provoked is telling. The day after opening night, he wrote to his fiancée Molly Allgood who, acting under her stage name of Maire O’Neill, had created the part of Pegeen Mike, just weeks after her 21st birthday. ‘It is better any day to have the row we had last night, than to have your play fizzling out in half-hearted applause. Now we’ll be talked about. We’re an event in the history of the Irish stage.’

Although The Playboy of the Western World, like Synge’s other masterpiece Riders to the Sea (1904), is set in the West, it is particularly appropriate to present it in Greystones as he spent every summer of his childhood in what was at the time just a quiet fishing village. Synge was also an avid photographer, and he took a wealth of photographs of the county while on cycling tours of Wicklow.