795
SHARES
ShareTweetSubscribe to our Newsletter

Former Kiltegan priest Fr.Ray Kelly has proved a big hit among the judges on Britan’s got Talent.

Fr.Ray is famous for his rendition of Leonard Cohen’s classic Hallelujah which has been viewed over 60 million times on YouTube.

The first question asked by Simon Cowell was “Do you do exorcisms?” to which he replied “Yeah we can work on David, whenever you want. Do you want me to zap him now or later?”

The audience were silenced as Fr.Ray sang his version of the REM hit “Everybody Hurts” a song which he said was close to his heart and one everybody could relate to.

“Fr Ray I wasn’t quite sure what to expect to be honest with you. I want to tell you something.

“This is one of my favourite ever auditions ever. Really. I really mean that. I think your voice is beautiful, I love the version of the song, this was everything we’ve been waiting for genuinely. I absolutely loved it.” ” Fr.Ray Kelly I am delighted to tell you, you have four huge fat yes ”

As he left the stage he told a waiting Ant and Dec ” I,m emotional, an emotional wreck it was awesome”

Dec said “That was some congregation out there wasn’t it? To which Fr.Ray replied jokingly “I.ll tell you we should have had a collection though shouldn’t we.” 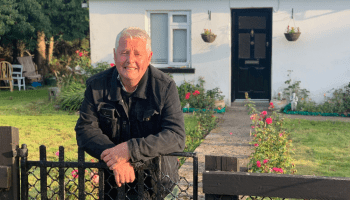 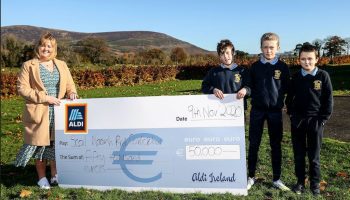