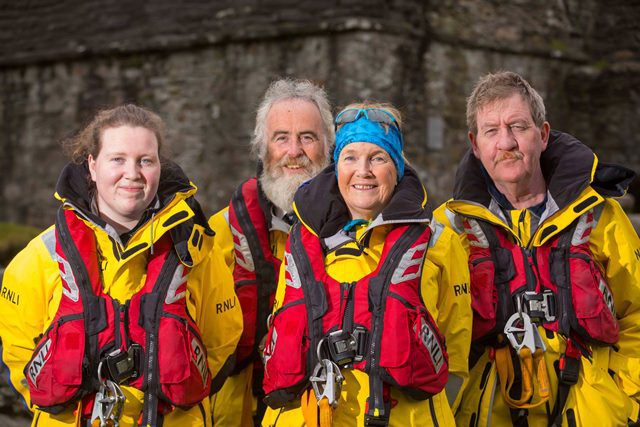 138
SHARES
ShareTweetSubscribe to our Newsletter 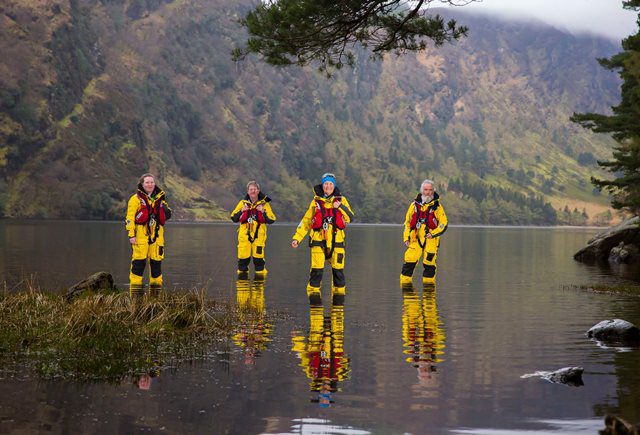 Fresh from completing her 1,509-mile-long ‘Lap of the Map’ run around Ireland, the inspirational marathon runner Mary Hickey has joined volunteers from Arklow RNLI in the stunning setting of Glendalough in Wicklow to launch Mayday, the RNLI’s annual fundraising event.

This year the charity is asking people to ‘do your bit – fund our kit’ to help raise vital funds which will be used to supply essential kit for the charity’s volunteer lifeboat crews in Ireland.

Speaking at the launch, wearing the new all-weather lifeboat kit the RNLI’s volunteers will receive later this year, Mary Nolan Hickey, who ran the entire coast of Ireland at the age of 65 to raise funds for the RNLI and who has completed 57 marathons in total, said:  ‘As a long distance runner, I appreciate the value of having and wearing the right clothing for performance. For RNLI volunteers, their specialist kit protects them against extreme conditions, giving them a firm footing on unsteady surfaces, allowing them to carry out their lifesaving work.’

‘This Mayday campaign is the volunteers own call for help, as they rely on the generosity of the public to fund this vital kit that helps keep the crews safe when they help others. On my travels some days were great and everything went right and some days were hell and everything went wrong but all along the way I saw first-hand how the RNLI works in communities and I’m so touched that people supported me in my fundraising. It really doesn’t matter how far you go or how much you raise, the RNLI appreciates every single cent, so get going.’

Arklow RNLI mechanic Michael Fitzgerald is one of many crew members across Ireland who will be receiving a new all-weather lifeboat kit. Michael said: ‘The volunteers at Arklow are looking forward to receiving the new kit. When we are on a callout, sometimes for many hours in all weathers, the kit will allow for easier movement and will help with the heat or cold, depending on the weather. It means we can focus on the job at hand and not be restricted in our movements, something that is especially important when trying to get a casualty onboard in extreme sea conditions.’

It currently costs €1,862 to provide one all-weather lifeboat crew member with all of the kit they need when responding to the call for help. The kit will still be the yellow colour that the RNLI crew are known for wearing throughout the institution.

Anyone who wishes to get involved can visit RNLI.org/mayday to register for a free Mayday fundraising pack. The pack provides a host of fundraising ideas, such as encouraging friends and colleagues to plan a wear-yellow fundraiser, getting sponsored to run, walk or cycle, cooking up some yellow-themed bakes to sell or even getting together to lift the weight of a lifeboat.

The charity is also encouraging people to show support on their social media, joining the conversation using the hashtag #MaydayEveryDay, or by donating online or buying a yellow crew member pin badge.