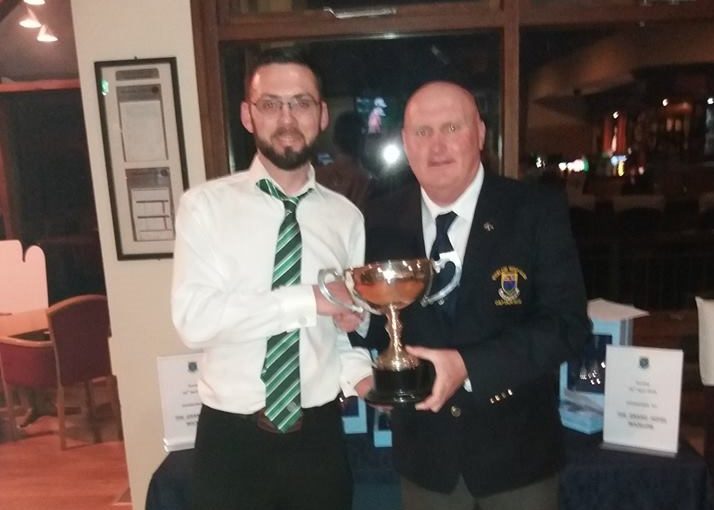 126
SHARES
ShareTweetSubscribe to our Newsletter

Simon Murphy is the first to hold The Grand Hotel Cup after 10 years, marking the trophy’s return to Wicklow Golf Club over the weekend.

Murphy walked away victor with a score of 43 points, trumping second and third place finishers Jared Carthy and Nick Beeston by a single point.

Partnering with Wicklow Golf Club, the Grand Hotel was delighted to sponsor the competition once again in 2018.  One of the oldest trophies at the club, the cup was first contested in 1945 and the list of winners includes many local golfing luminaries from decades gone by.

Honorary Secretary for Wicklow Golf Club Peter Kavanagh said “Brilliant to have the Grand Hotel Cup competed for again after an absence of 10 years. Huge thanks to The Grand Hotel Wicklow for this initiative, and congrats Simon on a great win!”