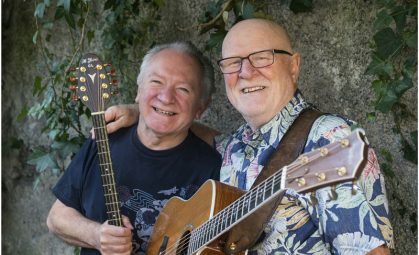 It was inevitable that two stalwarts of the Irish music scene, whose careers have intertwined many times over the last 45 years would sooner or later emerge in the guise of a musical duo. The combination of songwriter Mick Hanly and multi-instrumentalist and composer Donal Lunny is a marriage made in musical heaven. Both have honed their musical skills to perfection and play with a freshness and enthusiasm that belies their years on the road. Most recently the pair collaborated on Hanly’s album, Homeland, where Hanly brought a traditional influence to some brand new stories and Lunny added his unique touches to several tracks.